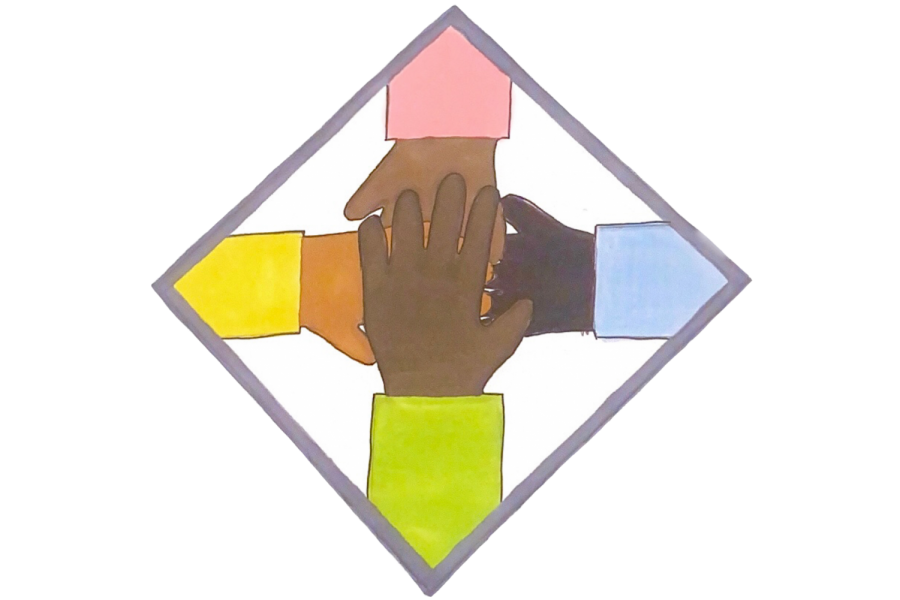 Black student-led clubs such as Black Student Union, Black Leaders and Mentors, and Natural Hair Club united to create the Jones Black Coalition in support of Black students at Jones.

Coalition organizers met over the summer to discuss issues regarding racial injustice and police brutality happening in America. The Black Student Union united with other Black identity clubs in order to provide support for Black students amidst division and rising tension in the U.S.

“We thought it would be best for all the students to band together and create a larger voice that was easier to be heard within Jones,” said Black Coalition founder R’riyon Draine ‘21. “We wanted everyone else to know that all of these clubs are actually fighting for the same cause.”

Only 11.7 percent of students at Jones are African American, according to the 2020 Illinois Report Card.

“We decided that it would be best if we can join together, especially when we’re remote to kind of be a support system for each other, and work towards getting more students involved in activities. We’re making sure that there’s a space that people feel like they’re safe, especially at a predominantly white school like Jones and at a selective enrollment school,” said Black Leaders and Mentors member Cole Francis ‘22 .

The Black Coalition serves as a space for Black students to express their views in a judgment-free community.

“I think it’s important to have those spaces where students feel safe and feel like they can voice their opinions,” said Francis.

The Black Coalition plans to address several concerns and problems the Black student body at Jones has been facing.

“We’re doing a lot of events separately as clubs and together as the coalition during Black History Month,” said Natural Hair Club member Railey Montgomery ‘21.

“This year we plan on having a lot of the same workshops in a virtual format, and the showcase will be an inclusive informal event,” said Montgomery.

The Black Student Union will be releasing more information regarding these events in the coming weeks.

“Black History Month is always the most important month of the year for our clubs specifically,” said Draine. “So we want to make sure that we have engaging events and try to get as much attention as possible, and just make the school more aware of a lot of different things.”

Executives of the Black Coalition said to stay tuned for their events in February.

“Be on the lookout for events coming in February from the Black Coalition. We have a lot of things and exciting things planned for students to enjoy,” said Draine.

The leaders said they would like prospective members to know about their clubs before hosting independent events.

“First, I’d want the Black students to know that this is a thing and we are a powerful force at Jones,” said Montgomery. “I want people to know that we support them at the school, and that we are inclusive.”

Leaders said they aim to remedy the cultural exclusivity of a predominantly white school.

“If you look at any of the narratives of any of the Black students involved in the coalition, you could probably name a scenario where they haven’t felt like a real part of the Jones community,” said Draine. “We’re taking a step towards making Jones a better place for not only people of color, but specifically Black students who have felt like they weren’t a part of the Jones school community.”

These student leaders are not only representing their own communities, but said they hope to uplift other student groups.

“I think it’s really important that we keep that name [Black Coalition] out there, and we support other identity clubs, so that people can have that intersectional relation to their identity, better understand it, and communicate with people who share that same identity,” said Francis. “I think that’s where a lot of great things can happen.”

The Black Coalition will continue to grow and mobilize throughout the second semster. They intend to come back to Jones next year as a united front, so incoming Black students have a community to turn to.

“I want others to know that we’re unified, and that we are standing to make a difference at Jones,” said Francis. “Especially to change the perception of Black students, making sure that people know we have all the same capabilities as other students. We can create coalitions like this and we can spark change. No matter how little, or how great, it will come.

The Black Coalition plans to collaborate with other Jones identity clubs in the future, as well as promote the Coalition to young Black students looking for a community to turn to.

“People should look forward to seeing more of us,” said Francis. “This is here to stay.”