Baseball player takes his talents to the next level 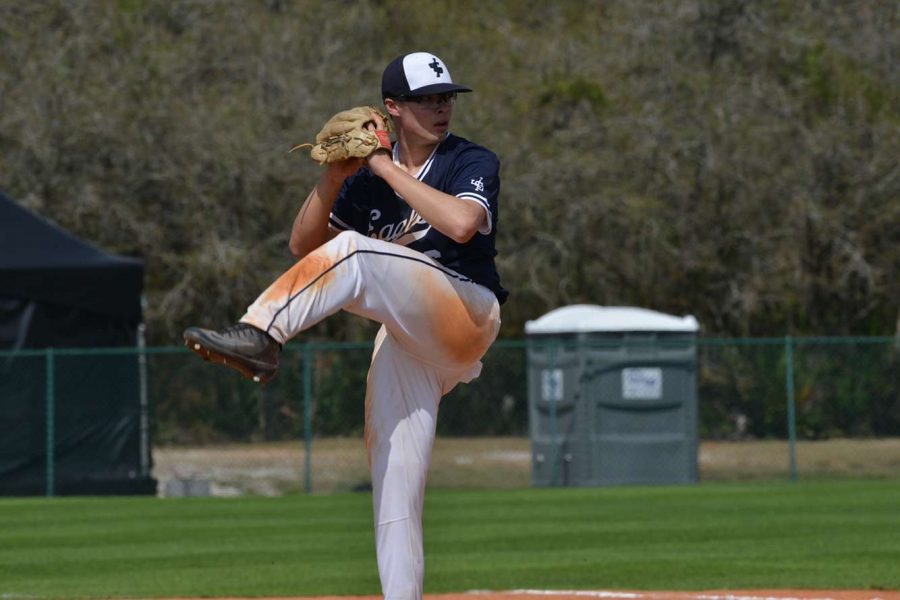 On Nov. 18, Jaden Jones ‘21 committed to Kishwaukee College in Malta, Illinois to continue his academic and baseball career for the next two years.

Jones had interest and offers from both two and four-year schools, but Kishwaukee was the school that Jones thought could help him develop.

“I chose Kishwaukee College for a lot of different reasons,” said Jones. “This was the best two-year school offer because of the division they are in.”

Kishwaukee is in Illinois and not too far from NIU. Jones gets to stay in state and develop at one of the most respected junior colleges while also having the chance to go to NIU and experience what life is like there as well.

“The location was a factor because some of the junior colleges in Illinois are in very rural areas with not much around, Kishwaukee is down the road from NIU giving it the feel of a four-year school,” said Jones.

Kishwaukee found Jones on a recruitment site called “FieldLevel” and was interested in his talents. From there, coaches reached out to him to get to know him better and the rest is history.

“Talking to their coaching staff I could tell that they were very invested into the players and the program to not only have the school win games but also to move their players in larger four-year schools to play baseball,”  said Jones.

Although Jones did not get a chance to play his senior season due to the COVID-19 outbreak, people in and around the sport that know him said Jones has proved himself during his previous school seasons and club seasons.

“Jaden is a very gifted and talented player who hits with power and can play multiple positions. He’s a top-notch pitcher who is very competitive,” said varsity baseball coach Dave Rosene. “Kishwaukee is getting an outstanding prospect.”

His teammates from this year and previous years also have a lot of faith in Jones and where his career could go.

“Jaden is a great hitter and an even better pitcher,” said teammate Max Marco ‘21. “He has a great arm that allows him to have a powerful fastball and confuse the hitter with his off-speed.”

Jones has been an avid lover of baseball since he was two years old when his dad introduced him to the game.

“[T]his game taught me so much about life. It’s my first love and always will be,” said Jones.

Jones loves everything about the game and the way it is played, but the number one thing that sticks out to him is the competitiveness of the sport.

“Baseball is the one sport where you cannot run out the clock,” said Jones. “You still gotta get up there and throw the ball to the other team. There is never a chance to quit.”

With this attitude, Jones is also known for his leadership skills. Being a senior leader, he is tasked with keeping the team ready to play every day, every time on the field.

“Jaden is a good leader because he is always focused on the game and also gets the rest of the team involved and engaged as well,” said Marco.