Poll working in a pandemic

Students sign up to be poll workers on election day 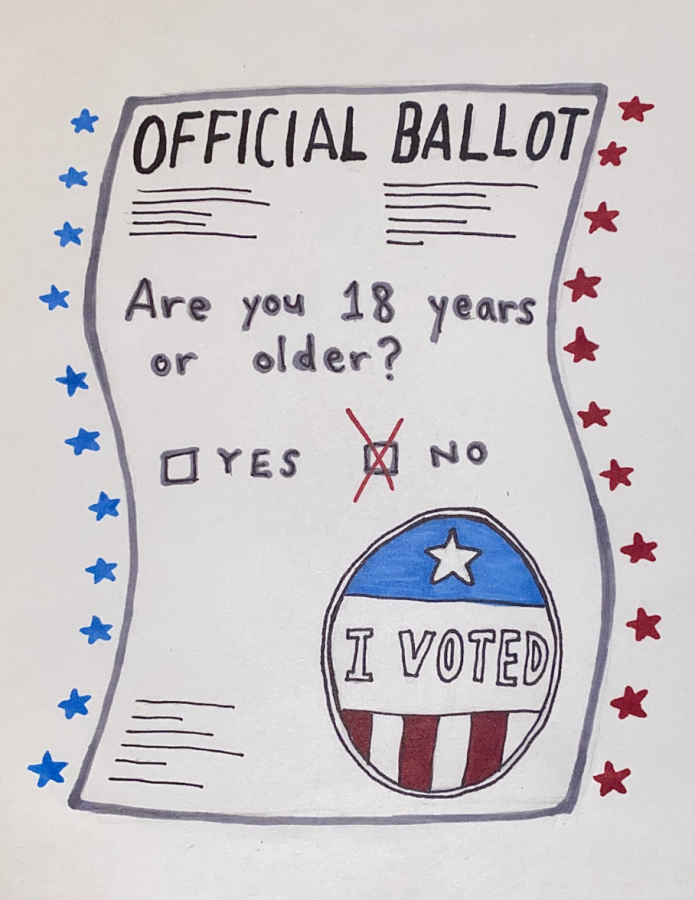 High schoolers across the country participated in online training to work as election judges on Nov. 3. Despite not being able to vote, teenagers worked at their polling places to ensure election day ran smoothly.

In Illinois, teenagers have to be 16 years old and a U.S citizen. They also have to complete four hours of poll working training.

Polls opened at 6 a.m., and workers had to arrive at their polling places no later than 5:00 a.m.

Many people try to get their vote cast before work or school, so there is usually a crowded 6 a.m morning voter lineup.

In previous years, the people who sign up to be poll workers tend to be older. Because COVID-19 is most dangerous to elders, young people were encouraged to volunteer.

“In this COVID pandemic, I would not want to see those same [elderly] women working the polls, because they would be high risk, and they’re getting older,” said Coulter. “After knowing how much work goes into one day, I would not want these neighbors of mine to be working 15 hour days.”

Each polling place needs five poll workers and one election coordinator, so there must be people willing to work.

“Because I am a younger person I can’t vote, but I might as well do my part for the sake of the democratic process,” said Wennink.

A lot was riding on the outcome of the 2020 election, and there was more pressure this year on Americans to go vote and get involved.

“Considering the fact that we’re in a pandemic and how big the Black Lives Matter movement has become have made this election really important,” said Maia Hrejsa ‘22.

Even after the online training courses, unexpected issues occasionally arise on election day. Every voter must get the support they need, and poll workers often have to troubleshoot these problems as they go. Despite the challenges, Wennink, Coulter, and Hrejsa all said they would sign up to be poll workers again.

“You watch these videos, you go through the training, and you think you’re all good, but then when you realize it’s not your individual work and you have to team up with 10 other people, it gets a little complicated,” said Coulter.

By working the polls on election day, students got to be a part of the democratic process first hand, and find a sense of pride in the American system.

“We have to bring those physical ballots in, it feels like a very significant role. I would definitely do it again. I think it was a beautiful experience,” said Wennink.