Anti-racist plan yet to be released 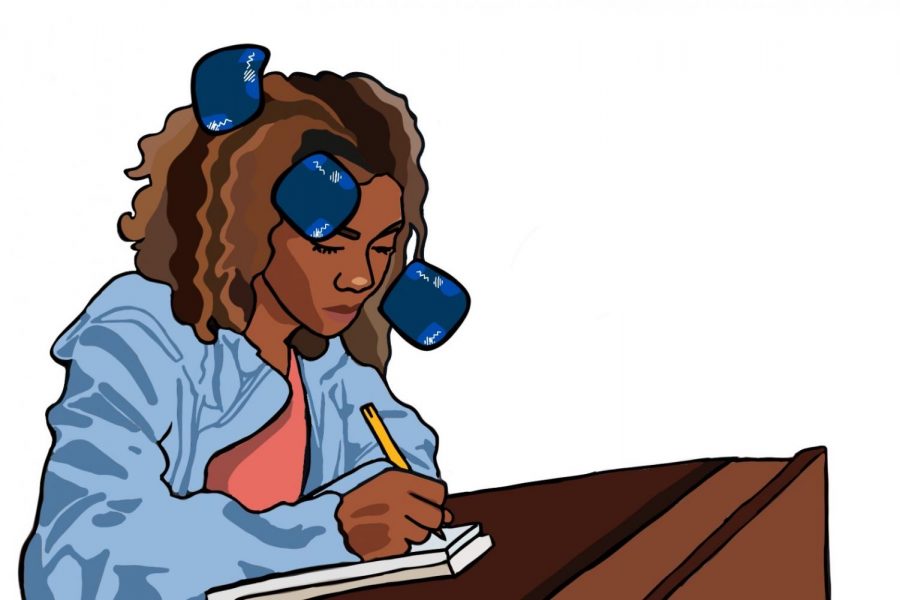 The @jones.bipoc page said they are a safe space for students to voice their concerns about racist and discriminatory microaggressions at Jones. The Instagram page contains anonymous claims. Current students and alumni said they have written the posts. l Illustration by Fiona Kogan '22

Jones Local School Council (LSC) said in a statement on June 12 they are creating a “comprehensive and actionable” plan to “combat racism” but the plan has not been released.

On July 16, LSC held a virtual listening session for students, parents and administration to discuss the school’s social climate. After attempts to attain the video, LSC decided to only release the meeting minutes under advisement from the Office of Local School Council Relations.

The three-hour meeting stood in light of an anonymously-created Instagram page. The page, @jones.bipoc, allowed students to anonymously report instances of racism and microaggressions at Jones. Reports of instances and comments exceeded 217 posts at the time of the June 16 meeting.

According to multiple students who participated and spoke at the meeting, these issues involving racist incidents at Jones have existed before the national discussion gained traction in June.

“The administrators, for the most part, completely ignore students of color when we come to them about the injustices we face,” said Somayyah Austin ’21, a speaker at the LSC meeting. “Once we acknowledge that [Jones] has a problem, it’ll go even better once we work towards fixing that problem.”

Numerous students at the meeting echoed Austin’s concerns, leading Principal Paul J. Powers to anticipate a new plan to combat racism for the forthcoming school year. The plan’s timeline is unknown and not yet announced. Powers said it will be available for public consumption when complete.

“We have ongoing conversations with the school administration, faculty and staff, but also with the Local School Council,” said Powers. “There are processes in place for all those discussions. In other words, we’re working on this, we have things set up, we are moving forward, and when we have the plans in place and the steps that we can take and so forth, then we will be sharing that out.”

Additionally, a preliminary plan was announced to the Jones faculty and staff through Powers’s Eagle Flight newsletter on July 24. Recommendations were pulled from both faculty and students during what was called a “challenging and sobering time.” Examples of key points include but are not limited to “professional development” for current faculty, “recruit[ment] and retain[ment] of teachers of color,” and the revision of curriculum to include “culturally responsive materials.”

Although the specifics of the plan were not mentioned to students, multiple students said they found the meeting to be unproductive. Austin said her concerns stem from the lack of administrative input, even when students were directly asking questions of the faculty during the meeting.

“It was frustrating that we didn’t get to hear [Powers] speak, or whenever he did speak it was brief,” said Austin. “I found it also frustrating to be in a meeting where you could see how people were inattentive and looked as if they were not listening, or a face of mild annoyance.”

The administration said they are aware of the Instagram page. However, Powers said he is concerned for potential “slander” against faculty and students discussed in posts. The page does not include names of people discussed in posts.  However, criticism has circulated among those who believed that lack of context or spin could impact the way issues are perceived, potentially adverse to what really happened.

“There are ways where we can have a dialogue where things can be shared and information can be passed to us so that we can act on it without bringing these kinds of things out in public with people’s names attached to them,” said Powers concerning the social media page. “When someone says ‘so-and-so did such-and-such,’ that calls into place whole issues of slander toward another individual, and those are concerns.”

Despite administration’s anonymity concerns, Jones students said the page creates a transparent safe space for students and alumni. Individual accounts of racist behavior with no action have been submitted by a wide age-range of students. The age-range includes students from the class of 2011 to the class of 2023.

“Just hearing stories from current students and even alums—there’s continuous patterns we see,” said LSC meeting participant Alexis Huante ‘17. “People being so open and entitled to these [anti-black and racist] behaviors takes me aback. I feel for the students. A school is supposed to be a safe place.”

Numerous speakers at the meeting said their support of a recently shared list of demands. The demands were drafted by Sunny Eimer ’20 with help from additional individuals.

The demands include that “the Jones LSC Board votes against retaining School Resource Officers,” that “Jones offer and publicize an administrative system for reporting racist incidents and receiving support,” and “Jones add anti-racism materials as well as materials which highlight and empower BIPOC history and voices” in relevant courses.

A petition which yields over 2,000 signatures accompanies the demands. Although according to Eimer the ideas outlined in the list have been discussed previously by former Jones students, the current national focus on race brings relevance to the list.

“These demands are really not new at Jones,” said Eimer. “I think that part of my skepticism of the LSC and the Jones administration in general is that historically they have had a track record of making performative gestures and not really going forward and implementing these demands. The leadership that we have at Jones is directly tied to whether or not it’s possible to effectively and sustainably implement [the list].”

A large portion of the discussion over race at Jones has dealt with a potential removal of SROs. The question surfaced at the July 14 meeting, and was revisited during an information session with CPS Chief of Security Jadine Chou.

The Jones administration continues to support the role of SROs leading up to the vote, said Powers, because of the South Loop location of the building. Powers will represent the administration at the vote.

“Our stance is based on the experience we’ve had, in my case, for the last 12 years,” said Powers. “During the time we’ve had two SROs, and both of them provided excellent service to the school. Jones is in the center of a very busy downtown area, in the third largest city in the country. As a result, there are things that are part of the reality of the location: the size of the school, the breadth of the school, that are not the same for other schools.”

Relevant information concerning the SRO program’s goals was revealed during the Aug. 28 informational session in a presentation by Chou, where she answered questions and dispelled myths about what the program does.

“As [Powers] said, most of, if not all, issues that Jones College Prep faces are coming from on the outside of the school,” said Chou. “A lot of people think of the SRO program as the police officers being stationed in the building, maybe sitting in their police room, and that’s not necessarily the case. If there’s something happening that’s a risk, those officers will know the workings of the school and these positive relationships will facilitate how safety is handled.”

Some students and alumni said, contrary to Powers’ view, that they experienced discomfort with the way SROs dealt with race and referred to past testimonials of racist behaviour by SROs at CPS schools.  This presence at the meeting contradicted a survey distributed by the LSC, which showcased a generally positive view of SROs.