Start with a bang 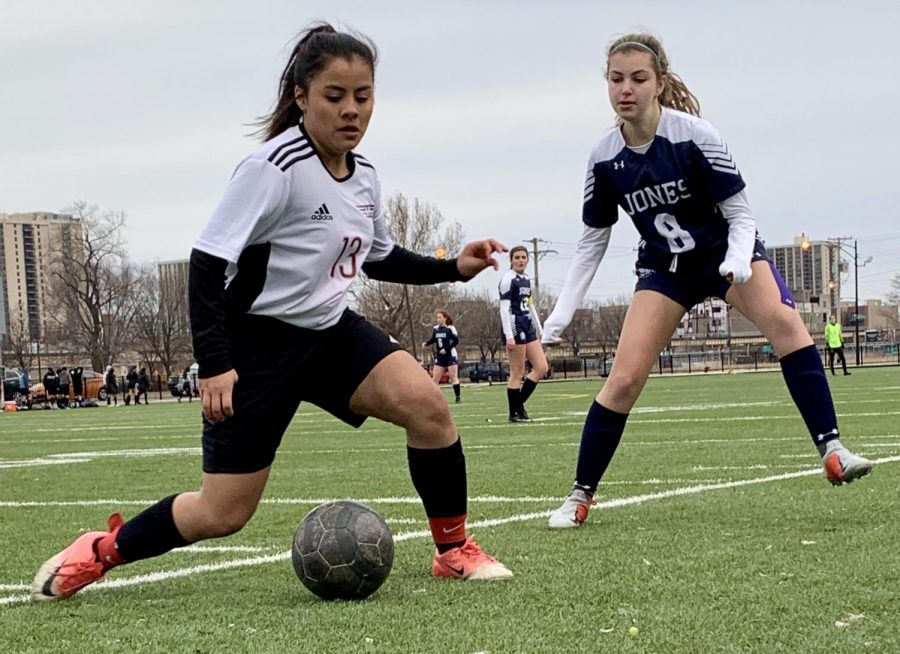 After going 13-8-3 the previous season and losing in the city semifinals to Lane Tech, this years’ Girls Varsity soccer team came to the season opener against Hancock with vengeance on their mind. Both teams battled in the first half, however, it was Martina Bianchi ‘20 who scored two by slotting away a shot, and a header to snag the brace and lead Jones to a win.

“She makes us more dangerous,” said coach Derek Bylsma, “She wins balls, she’s tough, and I think she’s going to have a really big year.”

In the first half, the team looked fairly weak on the attack, and excluding a great double save from the Hancock goalkeeper, the Jones Eagles struggled to challenge Hancock. However, throughout the game they defended exceptionally, thanks in a part to a new formation that put Audrey Bruce ‘19 as a defender now.

“We have four defenders now it’s something new,” said Bruce, “I thought it worked out well for me personally and us as a team.”

It certainly worked well for the team on the stat sheet as Jones goalkeeper Devin Barry ‘19 only had to make four saves and held the Hancock Eagles goalless. With great defense, a new formation, and a return of captain Avery Kaplan ‘19 along with new scoring options such as Bianchi and Carmen Marshall ‘21, many are wondering what’s in store for this team for the season.

“I think as long as we work together we can get really far,” said Bianchi, “We’re great individually but the hard thing about soccer is working as a team.”