Bring back the plaque 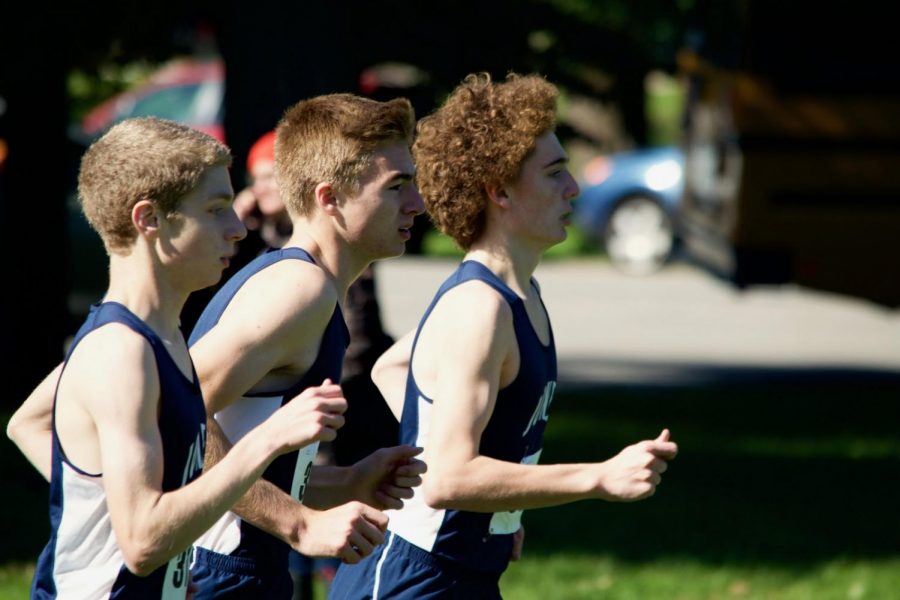 Racing in what was undoubtedly the coldest weather the men’s cross country team has had to face all season, the Eagles proved to be competitive in any temperature. The team entered the Chicago Public League Championship on Saturday, Oct. 13 with high hopes after a successful fall season.

Freshmen, Frosh-Soph, JV, and Varsity all had individual top five finishes on that day, with JV and Varsity both finishing in first place. The team as a whole also won a total of 22 medals across all four levels of competition.

Some noteworthy finishers included Luke Benes ‘21, who placed 2nd in the Frosh-Soph 3-mile, in an extremely close finish. Jeremy Yakes ‘19 also placed 2nd in the 2-mile and helped lead the JV team past Lane Tech by two points to secure a first place finish. The team dominated the podium with 8 of the 15 medal spots filled by Jones runners.

Anthony Maida ‘20, AJ Fundator ‘19, and Ryan DeSantis ‘20 all ran impressive times with a 5, 6, 7 finish to help lead Jones to its first Varsity City Championship since 2014.

“It really was a collective effort,” said coach Andrew Adelman.

Six of the seven Varsity boys placed in the top 15, claiming spots as All City Runners. Jones edged out Whitney Young by three points, which came as a major payback from last year, after they fell to them by only two.

“It feels great to get some redemption this year,” said captain AJ Fundator ‘19. “It really hurt being that close and not coming out on top. Today was awesome, but now we’re focused on the state series.”

Coach Adelman had the same attitude. “It wasn’t our best race,” he said, explaining that there still can be a lot of improvement. However, he was very happy with their performance and is extremely confident that the team will achieve more success in the coming weeks.

“This group is one of the closest we’ve ever had,” said Adelman, in regard to team chemistry. The bond between the runners is very tight, which will play a big role in Jones’ success in the postseason.

The team enjoyed an afternoon of celebration after their win, but are ready to get back to work. They will host the IHSA Regional Championships on Oct. 20 at Washington Park, hoping to advance to the Sectional and State Finals.