Loss leaves room for improvement ahead of state 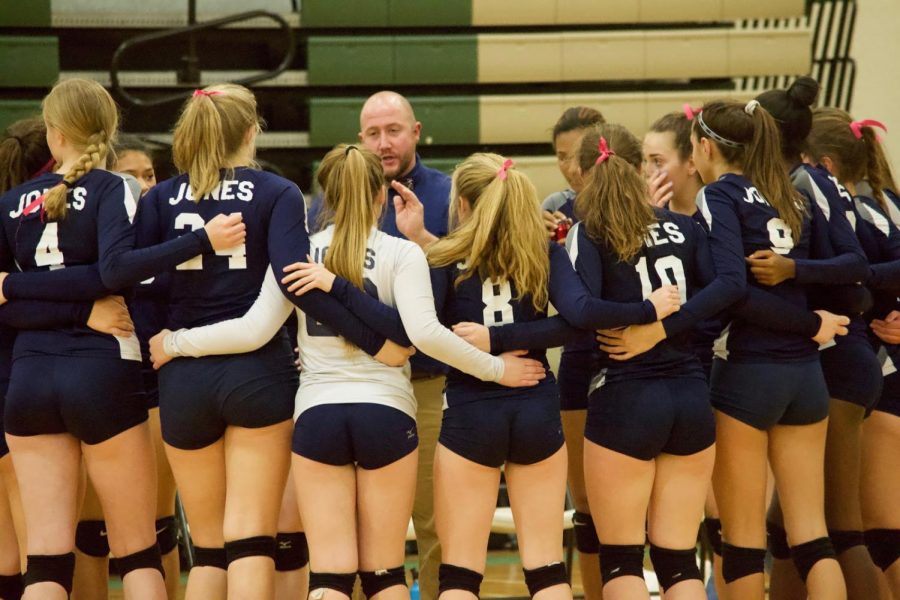 Coach Casey Feeney talks to the team during a timeout.

After beating Whitney Young in the semifinals of the city championship tournament, historic back-to-back championship win seasons seemed like a reality, however a two-set loss (22-25, 21-25) to Lane Tech left the Girl’s Varsity Volleyball team with more questions than answers.

“We put in all of this work to beat Whitney and then come in to lose to Lane in two sets,” said Bailey Davis ‘19.

However with state just around the corner, Varsity Coach Casey Feeney reminded the team to look forward and not dwell on this game.

“We know how to beat Whitney, it’s now can we figure out how to bring it against somebody else,” said Feeney. “We can beat [Lane Tech] it’s just a matter of do we want to.”

It was also certainly an emotional game for the seniors, as this was their last chance to take the city championship home in their final year at Jones. Some players were seen crying, while others felt differently.

“I just want to punch somebody,” said Davis.

The game wasn’t all for naught however as Monica Ryan ‘20 impressed Feeney and the crowd with an all around solid performance.

“When she got in she made a lot of stuff happen,” said Feeney. “She made some big plays when we needed it.”