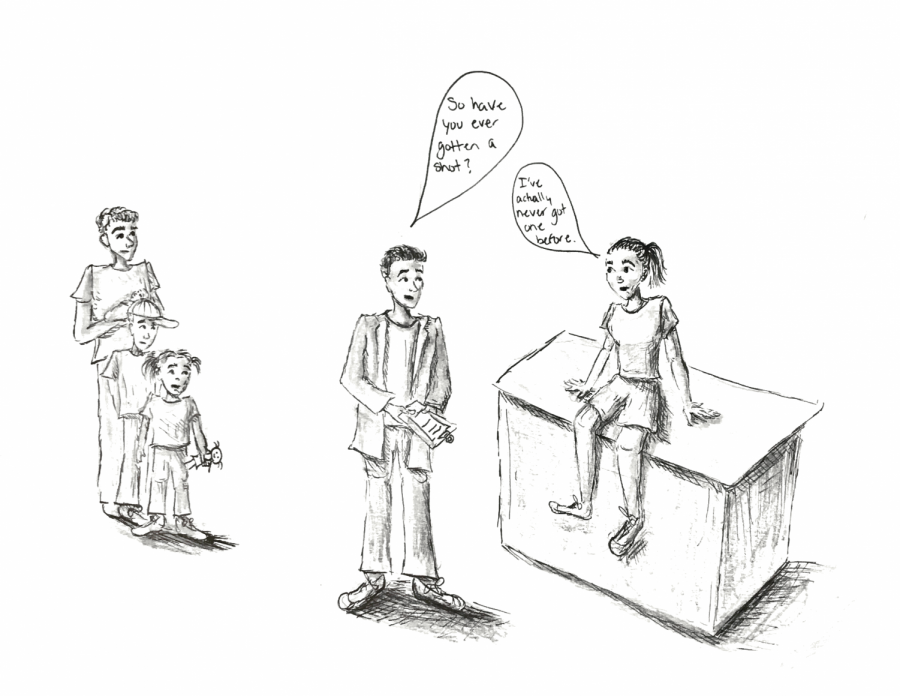 Roughly ten people are not immunized at Jones and one of these students is Holly Beith ‘18. She is a normal high school girl who plays on the varsity water polo team and enjoys Bastyr’s creative writing class, but underneath Beith has been living with this secret her whole life.

“When people [especially parents] found out I had never been vaccinated, my mom would get very hateful comments,” said Beith. “A lot of parents asked, ‘Why are you putting your child in danger?’”

A lot of people mistaken Beith and her mom not getting vaccinated because they assume they are ignorant and uneducated. However, Beith’s mom graduated from medical school and became a chiropractor who is certified in Chinese medicine.

Additionally, Beith and her mom are firm believers of getting vaccines when traveling to a high-risk area.

This year, Beith got her first vaccine after her 18th birthday. Her first vaccine was a Tetanus shot in preparation for her spring break trip to Morocco with the French program.

“My trip to Morocco was absolutely amazing and well worth the vaccine. We were building part of a school and doing a lot of construction, so it was good that I got my shots,” recounted Beith.

Beith has also been on a trip to Paris with her aunt. In this case, Beith did not need mandatory vaccines to travel because France does not have a requirement.

When Beith was in middle school, she can remember it was a time when she didn’t really talk about not being immunized because of the strong backlash. This controversial issue led to her mom and her friend’s parents having fights.

However, when Beith entered high school, people were more accepting.

When Beith is injured or feeling ill, she first turns to Eastern medicine. If that doesn’t work then her mom takes her to the hospital. For example, Beith has tendonitis in her deltoid and rotator cuff from water polo, so instead of going on pain medication or getting a steroid shot, she turns to acupuncture, heat therapy, electric muscle stimulation, cupping, and gua sha.

Cupping may sound familiar because it is what Michael Phelps does before his swim meets. Cupping is thought to draw blood to the affected area, reducing soreness and speeding healing of overworked muscles. Acupuncture is when thin needles are inserted through the skin to stimulate specific points on the body. Lastly, gua sha involves scraping your skin with a massage tool to improve circulation.

“There was this one time in the 8th grade when I played travel volleyball. Every time we would stop at a hotel, my mom would bring out her portable massage table and massage me and my friends,” said Beith.

“In the last five years, we’ve had at least seven cases of Pertussis also known as whooping cough here at Jones of students who were fully immunized,” said Smith. “When students become ill, we also have to notify all of the students who have vaccine waivers that they have to be out of school.”

“There’s nothing wrong with autism and nothing dangerous about vaccinations,” said Podlipni. “There’s a fear that autism makes their child less desirable and less lovable which is horribly offensive and dehumanizing to our species. We are all diverse and born how we’re born. Saying that one type of existence is less than another is horrible.”

Podlipni is confident that vaccines do not cause behavioral problems. However, he is afraid of not autism but diseases that were thought eradicated coming back.

“People making poor choices about public health affects an entire group, not just them,” said Podlipni. “I would hope that people would interrogate their fears of both medicine and autism, so they could make an informed decision.”