50th anniversary of Special Olympics makes its mark at Jones 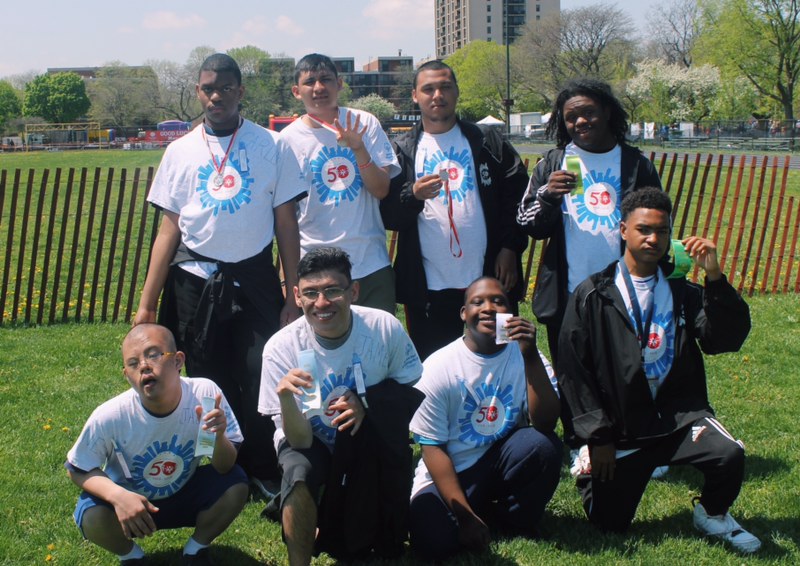 Students show off their bling, after a successful day of competition

As the 50th anniversary celebration of Special Olympics rolls into Chicago this spring and summer, Jones’ diverse learners will take part in many of the festivities, with many athletes participating in the Motor Activity Training Program aspect of the games for the first time at Jones. In addition to this, many athletes participated in the Chicago Spring Games from May 3-11 at Dunbar High School.

From July 17-20, the city of Chicago will host the celebration, dubbed “Born in Chicago” due to the event’s first games taking place at Soldier Field in 1968. The weekend will be celebrated with athletic events, a concert at Northerly Island, and a symbolic torch lighting.

When diverse learners student Roger Yeung ‘18 was asked about his excitement for the upcoming games he responded with a resounding, “Yes!”

“My goal is for everyone to participate, I don’t leave anybody out unless they have a physical where their doctor says no,” Timmons said. “We invite all students to participate.”

Other SECAs are coaches, and work individually with students for specific events. The events Jones participated in at the Spring Games included the 100 meter boys and girls relay race, the 50 and 100 meter individual race, the 100 meter walking race, softball, and the softball throw.

Students exhibited their commitment to the games by dedicating time in school to practice, utilizing gym classes and Ac Labs to prepare. Students practiced throwing balls and got timed in their running and walking events.

Student buddies from the ACES classes and Best Buddies organization also assisted the athletes in their training.

“We really build a stronger community together,” said Best Buddies club member Rosy Paulson ‘18. “We are all so excited and screaming at the top of our lungs.”

The buddies also demonstrated their support of the athletes by attending the Spring Games and cheering them on from the sidelines.

“[The ACES students] came out on the Thursday. The [athletes] were super excited when they saw [the buddies], because there were quite a few of them that came out,” Timmons said. “It was nice for them to have a crowd to cheer them on [while SECAs escorted athletes to their respective events]. ”