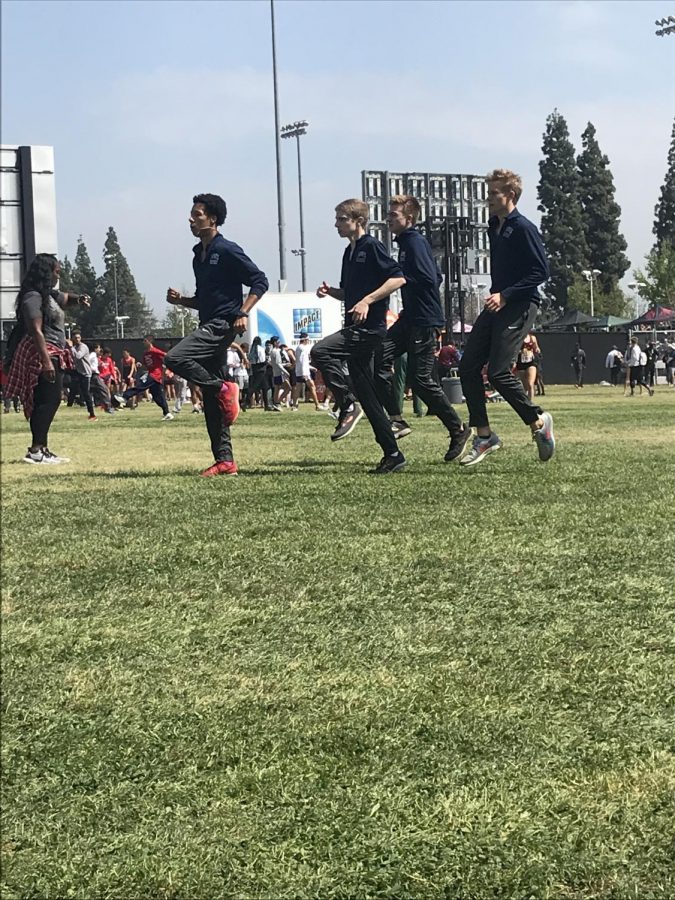 Before the sun rose on April 5, five Jones runners, myself included, boarded a United Airlines flight bound for LAX to participate in the Arcadia High School meet. A few weeks prior, we were able to solidify our relay spots by running qualifying times at meets closer to home in Chicago. Upon landing, we were greeted by sunny skies and warm temperatures, which we enjoyed while walking around Venice Beach on our way to Le Rêve Pasadena, our motel for the weekend.

After settling in, we left to find running trails at the base of Mount Wilson to get in a pre-race run. We experienced scenery completely unknown to a group of urban, Chicago kids: mountains as high as the clouds, lizards jumping out of the thick cacti patches, and the sound of snakes rattling beside the trails. We were disappointed to have to go back to the motel to rest before the big meet, but we were excited for what Friday and Saturday’s races had in store for us.

As we arrived at the meet, we were greeted by a flurry of hundreds of teams, running past us  in every color imaginable, preparing for their events. A DJ was set up in the middle of the chaos, blaring music to provide a fun atmosphere for the athletes waiting to run. Next to it was a Nike tent with shoes, racing spikes, and batons for sale.

The center of attention was the track, where thousands of spectators cheered for their respective teams, only to be matched by the loudness of the announcer’s echo that could be heard across the campus. A stream of runners could be seen exiting the stadium to pick up their protein bars and drinks at the Gatorade tent.

Jones participated in two relays on April 6 and 7: a four legged mile race, and a Distance Medley Relay (DMR) made up of a mile, ¾ mile, ½ mile, and ¼ mile. Each relay consisting of Ryan Desantis ‘20, AJ Fundator ‘19, Jeremy Brown ‘18, and myself. As the officials escorted us and the rest of the field of runners onto the track, the cheers and chants from the crowd were almost overwhelming. In a field of nearly 30 teams, handoffs to each other were difficult and got very physical with adjacent runners, requiring some elbows and pushes.

We finished ninth in our race for the 4xMile with a total time of 18:19, including a 4:27 leg run by Brown. The DMR finished with a time of 11:17, the sixth best in Jones history. Although the team did not come home with shiny medals or tall trophies, we did gain valuable experience in a high pressure setting, which will benefit the team greatly during the postseason. Running alongside some of the nation’s fastest kids is something not many people get to do in their high school career; this trip will go down as one of my favorite high school experiences.