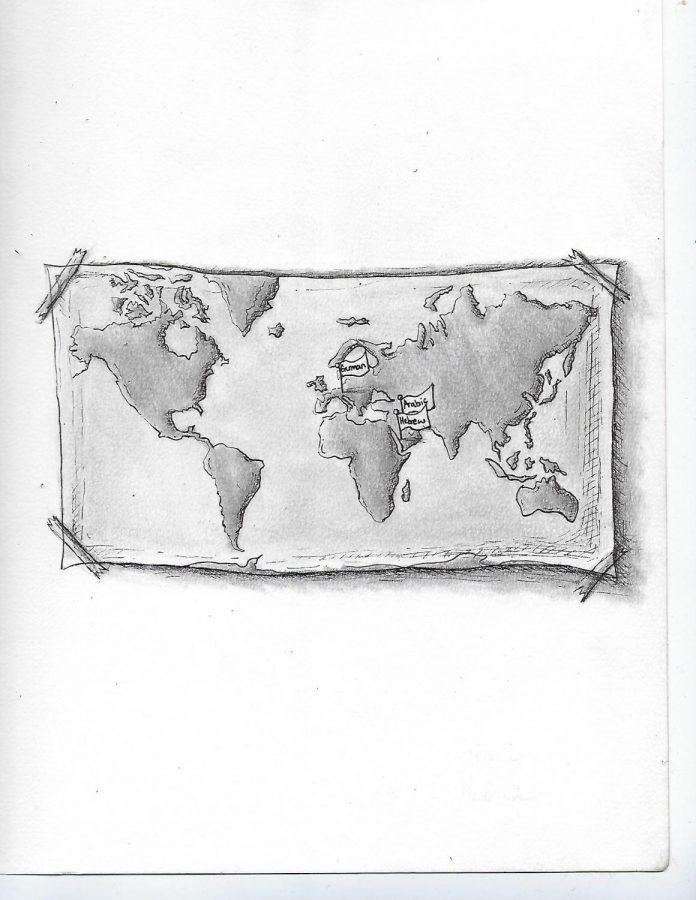 After receiving survey responses from members of the school community, Jones will introduce Arabic, Hebrew, and German to the foreign language lineup starting next year.

Three months ago, students and parents were surveyed to determine what new languages they would like to be offered at school. The school was able to pick three modern languages that garnered the most votes: Arabic, Hebrew, and German.

“The new languages are all modern languages, they are spoken around the world,” said Principal P. Joseph Powers. “Our language program has been very sound, it’s been very comprehensive, but its been limited to just those three languages.”

Other selective enrollment schools offer more than three languages, and by adding more options it is expected to provide students the opportunity to learn languages that are very rare in the Illinois public school system.

With this transition, Jones will now be the first CPS school to offer Hebrew as a foreign language option.

“I think it’s a really exciting opportunity for our school, as we will be the only CPS school to offer Hebrew. It’s only offered at about six or seven high schools in Illinois,” said Director of Student Services Meredith Kramer.

German is a common course at many CPS high schools, yet the demand from students is lower than what the administration expected it to be. Because of this, German will be offered as an online course. Students that sign up for the German language course will report with their classmates to the library for a full ninety minute period where they log in to the Illinois Virtual High School Program.

“I don’t think we will ever have huge numbers [for] German, but if we do, we will have to think about hiring a teacher,” Powers said.

As the news of the addition of new languages emerges, students like Isabel Sices ‘20 have mixed reviews. Sices is currently taking AP French and next year she will not be able to continue her French studies due to a lack of French courses available.

“Adding Arabic, Hebrew and German to our language department is important as it will expand our knowledge and diversity, but it’s also important that we make the languages we already have even stronger,” said Sices. “I think the language program is Jones’ weakest link and as one of the top schools in the city, it’s crucial that all branches of our school are strong.”

In the meantime, Sices has decided to explore studying higher levels of French at nearby colleges for her next year of high school. However, she is grateful for her language education and encourages others to see language in a positive light.

“As students going to one of the highest ranking schools in the state, we have a lot of privilege when it comes to our education,” Sices said.  “I think that it’s important that we appreciate that as much as possible. Since we have the opportunity to learn languages at Jones, we should take full advantage of it.”

A potential outcome the administration believes can happen is that more students will take languages for all four years. “We have some students that come into our school placing in the third or even fourth level courses as freshman. These new languages will allow students like that to immerse themselves in another language before they graduate,” Powers said.

The administration also believes that they will not have to lay off existing Foreign Language teachers.  The Foreign Language department already struggles with have crowded classrooms as is.

“[Enrollment in current language courses] will decrease, but we have room for the decrease as the classes tend to [be] fairly large,” Powers said. “I would imagine that everyone who wants to take Arabic will already be in a language course. I believe the decrease will be shared over more languages, but I don’t think it will drastically changes how many sections we have.”