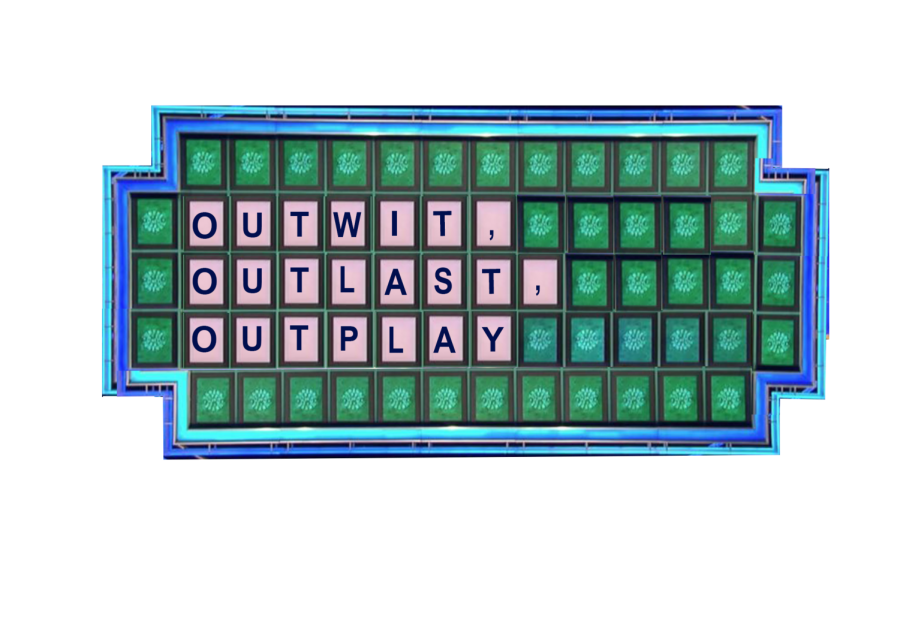 You’re on your couch, home sick from school. Flicking through the TV channels, something catches your eye; it’s your chemistry teacher!

AP Chemistry and Consumer Chemistry teacher Ray Lesniewski has always enjoyed watching Wheel of Fortune in his free time. He recalls that although stages in his life were changing, one thing that did not change was his interest in the game.

“I remember watching [Wheel of Fortune] in high school with my parents. In college, our whole dorm floor watched it, so it was a thing I wanted to do,” said Lesniewski.

Lesniewski made the decision that being on the show was something he had to do. He anxiously waited for an opportunity to do so, considering the competitiveness of the audition process. Once the auditions rolled into town, it was finally time for Lesniewski to live his game show fantasy.

“It was me and 100 other people in a big hotel room. We had partially filled in puzzles and had to solve as many as we could in five minutes. They graded our puzzles right away and then they said goodbye to half of the people,” said Lesniewski.“I made it past that segment, and then after, they spun a wheel for us and we each took a turn guessing one letter on the puzzle board, then they cut more people.”

Lesniewski remained standing as the process drew to a close. He was enthusiastic about being one of the only contestants to not be sent home, but then once again he was hit with another surprise. They would not know if they had made it onto the show for another six weeks.

The deadline passed and Lesniewski was disappointed, as he felt that he had done all this work and preparation for nothing. Yet, a week later, Lesniewski received a letter from the enterprise.

“I read ‘Congratulations! You’re going to be on the show!’” said Lesniewski. “However, in the fine print, it read ‘Sometime in the next ten years’. I was so excited that I had made it, but the ten year period was nuts. But within the next week, I received a phone call from one of the producers saying that they were filming in Miami and they extended an invitation to me to be on the show.”

During the show, Lesniewski soaked in the experience and was able to see the differences that came from first hand experience. After the memorable experience was over, Lesniewski was left with a feeling of incompleteness.

AP Macroeconomics teacher Michael Borge is known around the school as the person who can do anything in the weight room. Anyone who has been to the South Building weight room after school has seen him doing intricate, seemingly impossible exercises that involve nothing more than his body weight.

A few years ago, Borge sent an audition video to American Ninja Warrior, the American version of a Japanese game show that features contestants completing a series of difficult obstacles along a course.

“The audition process is really straightforward. There is a video submission, [and] if you’ve ever watched the show they usually cut to little snippets of somebody’s audition tape which is usually of them training or telling some story,” Borge said.

Borge recorded most of his videos right here at Jones, where he does the majority of his training. Borge was also asked to fill out a series of essay questions, one being ‘Does anyone consider you their hero?’ Borge answered with a ‘You would have to ask them.’

“I didn’t want to pretend and say ‘I have been a teacher for ten years so all of my students [think I’m a hero]’. Maybe it’s true, but I didn’t want to put words in someone else’s mouth. But maybe I should have if it would’ve helped me get on the show,” said Borge.

Ultimately, Borge was not chosen to be on the show. He believes it was because his video was too generic, unlike the videos of other American Ninja Warrior applicants. Borge does not believe he will audition for American Ninja Warrior again. With his wife and three kids, he knows that the level of training needed to be genuinely competitive will come at the expense of his family.

“The opportunity cost of this would be too high for me,” Borge said.

Similarly, math teacher Sarah Rayski has been attempting to be on Survivor for about fourteen years. Survivor places a group of strangers in an isolated location, where they must provide food, fire, and shelter for themselves. The contestants are progressively eliminated from the game as they are voted out by their fellow contestants, until only one remains and is given the title of “Sole Survivor”. The “Sole Survivor” is awarded the grand prize of $1,000,000.

“My first video was about 14 years ago, then I did an open casting call about 12 years ago, and I did my latest video last year,” Rayski said.

However, after four unsuccessful audition attempts for Survivor, Rayski decided it was time to switch gears.

“Ms. Bowman suggested we should audition for The Amazing Race and I thought it was a great idea,” said Rayski. “We’re in the process of completing our application now.”

Although Rayski and Bowman have only seen a few episodes of The Amazing Race, they are confident that they will be a fantastic team.

“Having auditioned for Survivor four times, I think I definitely have an advantage when it comes to the competitive aspect and the mental play,” said Rayski. “We chose each other as partners because we’re very similar in a lot of avenues which could make for good TV. We’re both competitive, physically strong, and kind-hearted people.”

Rayski and Bowman are confident that their chemistry as friends could take them a long way if they were to get on the show.

“When you’re looking for a partner you have to think about if you can get along with them personally since you’ll be spending a lot of stressful times together,” said Bowman. “When I started thinking about it, I knew it had to be her. I don’t know who else I would even consider doing it with.”