Do it for the ‘gram 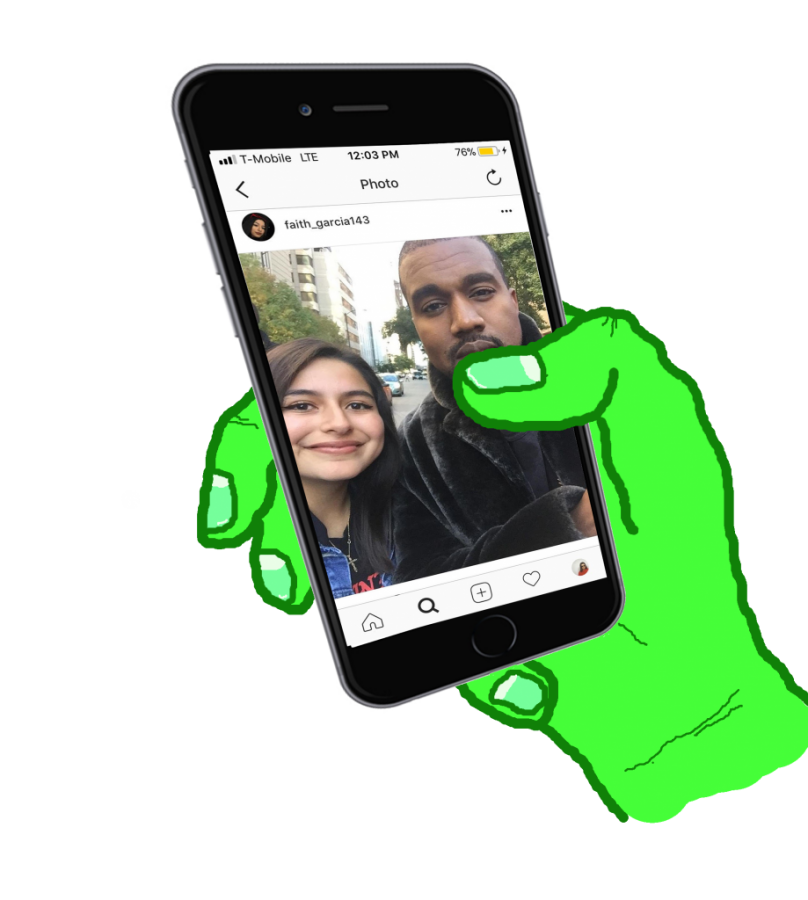 For most, Instagram serves as a platform to scroll through and merely and see what your social circle is up to. However, many Jones students use the photography-based app beyond this, racking up thousands of followers in the process.

When most students are putting in their headphones as the bell rings, Erich Sauer ‘19 pulls his phone out of his pocket and begins to sell and buy Instagram accounts.

He started by growing an Instagram account very slowly, selling spots on his page for people to post on. Soon after, the funds began flowing in and  his career took off. Now, using two Instagram accounts, he sells promotions and advertisements.

Sauer didn’t come across this business by chance. He was encouraged by his friends that had already experienced success in the business.

“First, I started on this app called iFunny,” said Sauer. “I got popular on there.”

The tedious process was worth it to Sauer because soon he began obtaining more and more features on iFunny, which smoothed his transition to Instagram once he got the hang of the business.

“You need to get seen, so people use a lot of hashtags,” said Sauer. “Then, you like and comment on people’s accounts. It makes the likelihood of getting on the explore page a lot higher.”

Sauer used this tactic to increase his followers so that he could later sell it for a high price. The more followers and popularity the account has, the higher the price value.

“It was a slow process to start with the first account,” said Sauer. “But after that, I [could]  establish myself with enough money from that account.”

The reason he sells accounts is to make a living off of it.

Similarly, Faith Garcia ‘18 has amassed over 3,000 followers on Instagram. Her online presence derives from her many encounters with famous celebrities, from the cast of the hit television show Shameless to bands like Five Seconds of Summer.

“Things kind of blew up after I met Kanye West,” said Garcia. “It went viral and everyone freaked out.”

According to Garcia, West was not the first of her celebrity encounters, but one of her most memorable. Many of her followers are fans of the celebrities she has met.

to get to know them as best as I can, if they DM me to ask me questions,” said Garcia. “Most often I get asked ‘How did you meet Kanye?,’ ‘How did you meet Harry Styles?,’… so I think that’s what kind of attracts people to my page like ‘Oh, who is she going to meet next?’”

While online being popularity can have its perks, Garcia would like to stress that it is hard to be held to a high standard, and that popular or famous people lead normal lives like the average joe.

“People think that celebrities are fake and they don’t really care about taking the time to meet their fans. If you approach them like ‘Hey, can I get a picture, can I get a picture?,’ and that’s all you’re saying, and shoving a phone in their face, that’s a completely different interaction from ‘Hi, how are you?’” said Garcia.

“I think in the past several years, feminism has really had somewhat of a “resurgence” and become more mainstream so people have wanted to learn more about it,” said Ferguson. “Social media is an easy outlet to share and receive information. I started it after seeing feminism accounts on Instagram and thinking “I want in on that” and here I am, three years later.”

Ferguson, who has amassed over 43,000 followers on the platform, admits that it is sometimes difficult to run a large page due to trolling.
“I have to block people who are just being ridiculous and rude for no reason all the time, but as I’ve had to deal with all the trolling, I’ve learned not to let it get to me or respond to it,” said Ferguson. “People saying ‘there’s only two genders’ on my posts about trans identities won’t change the fact that they are wrong, whether it comes to biological sex or gender identity. People commenting “Go make me a sandwich! Women belong in the kitchen” on my posts about women’s empowerment doesn’t change the fact that women belong wherever the hell they want and I can’t make a sandwich for some stranger over the internet.”

Ferguson stresses that interaction is key in gaining mass amounts of followers.

“If you want to try to gain a larger following, use hashtags and interact with your followers as much as possible,” said Ferguson. “You can even make connections with similar accounts and like and comment on one another’s posts to try to end up on the explore pages of their followers.”

Despite this, however, Ferguson maintains that the focus of the account is not about the numbers, rather about the content that she posts.