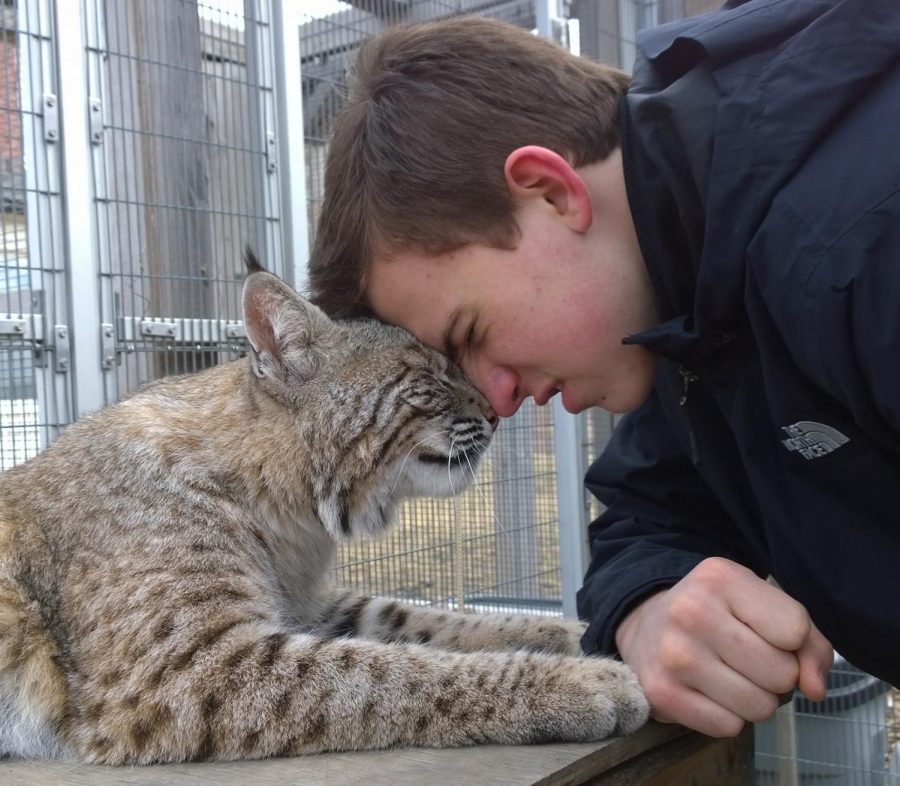 Steven Kush ‘18 fell in love with animals at an early age. As an seventh grader at the Near North Montessori School, he was given the chance to volunteer at a local reptile rescue facility. The local reptile facility recommended that he check out the Wildlife Discovery Center, where he would spend two weeks rehabilitating and caring for various reptile species.

The next summer, prior to his freshman year, Kush began working full-time at The Wildlife Discovery Center in Lake Forest, where he still works today.

“We have a lot more exotic animals than most places. This gives me a lot of access to incredible animals for someone without a biology degree,” said Kush, who believes that the education he has received from working surpasses anything he could get from a classroom. It is for this reason that he plans to pursue a degree in business administration as opposed to biology or zoology.

“I think that studying business would give me an edge in what I really want to do, which is managing a breeding organization or even a zoo,” said Kush. “A lot of the people in this field lack an understanding of how to run a business and I think that I can be very successful if I learn how to properly manage one.”

Kush’s business acumen has been put to the test as ever since he decided to build his own reptile collection in his house. Prior to his job at the Wildlife Discovery Center, Kush began to acquire a small collection of reptiles and continued to expand his collection. His parents gifted him a ten-by-twelve foot room in the basement of their house where he has built up his reptile repertoire.

“At any given time, I have about one hundred animals in my house,” said Kush. “My dad will help out from time to time and my mom, well, she tolerates it.”

Kush’s collection is growing and as it expands he plans to mold his passion into a legitimate business. Currently, he is breeding various species such as ball pythons, knobtail geckos, and Leopard Geckos. In his collection he also has three Sulcata tortoises—the third largest tortoise species in the world.

Kush works to ensure that the setup is as efficient as possible, but he still spends approximately 20 to 30 hours per week on managing the miniature ecosystems that he has built. As for the operating costs, Kush said that he is not losing money on the operation, but he did say that “upkeep is fairly expensive.”

Kush is taking two English classes this year in order to complete his required credits and graduate after the first semester. He plans to work for the rest of the year and then start working towards a business degree next fall.

“I know what I want to do and I have a plan to get there,” he said.