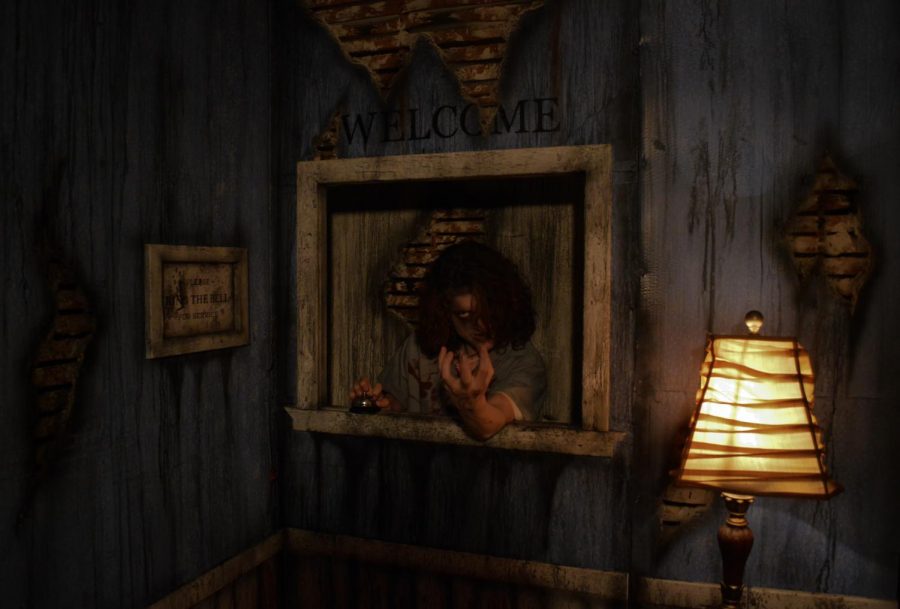 For most nine-year-old kids, haunted houses are places of paralyzing fear that are avoided at all costs. But for Graham Louthan ‘18 and Alexander Louthan ‘18, their first haunted house awakened a passion for haunting.

After attending a haunted house in 2009, the Louthan twins decided to try making their own, right in their apartment. The haunted house started as a small project that the twins prepared over the course of a few days, but seven years later the Louthan haunted house, now known as the Townhouse of Terror, has turned into a complex year-round venture.

“The first year we did it, it was basically just a bunch of ropes inside of our bedroom and sheets hanging with a few scenes,” said Graham Louthan. “But now it’s a full 2×4 structure that follows the official codes and everything. We have plywood walls, custom props, and volunteer actors inside scaring people.”

The Louthan twins start working on the next year’s haunt in December, almost ten months in advance, beginning with blueprint sketches that evolve into a reality. The twins are responsible for creating every aspect of what makes their initial ideas come to life, whether it’s construction, design, acting, special effects, or electrical engineering.

They put tremendous amounts of work into transforming their home into a Halloween hotspot, working side jobs all year to help finance the project and scouring alleys for anything with the potential to become a prop. But their inspiration for starting this annual tradition came from something much bigger than just a passion for a good scare.

Over the past seven years, the Louthan twins have raised approximately $45,000 for the American Cancer Society. According to the twins, their home-haunt has improved drastically over the years, with last year’s haunt bringing in $10,000 for the charity. Open for two days each year, the Townhouse of Terror brings in hundreds of visitors who are clearly impressed with their homemade haunt.

“We are all homemade but it’s still really high quality. Last year the statewide critics came through and they gave us a 6 out of 5 chainsaw rating as well as a Hall of Fame award. Alexander and I visit lots of other haunted houses and apply it to our home haunt to make it the best it can be,” said Graham Louthan.

The twins had big expectations for this year’s haunted house, a hospital themed fright that ran through Oct. 13-14. The Louthans had been hard at work since December to ensure that they could bring more of a professional acting level and set quality to the Townhouse of Terror, and student visitors were not disappointed.

“It looked like it took them a really long time and the whole setup was very spooky and fun,” said Cailin Meskan ‘18. “Some of us were really scared. They kept jumping out at us and their makeup was really cool and professional.”

However, with college looming in the distance, this year’s home haunt was their last hurrah as brothers. After raising $11,000 this year with lines out the door, the twins feel confident that this is only the start of a future career in haunting.

“When it was over, it was definitely sad for me because I had to come to terms with the fact that this thing I’ve had for 7 years is over,” said Graham Louthan. “But I’m actually hoping that this is just the beginning because I want to eventually open up a professional haunted house in the future. I just consider this phase one of my career in the haunted house industry.”