“Government Inspector” not to be looked into

For Brad Lyons, this political satire has nothing to do with politics 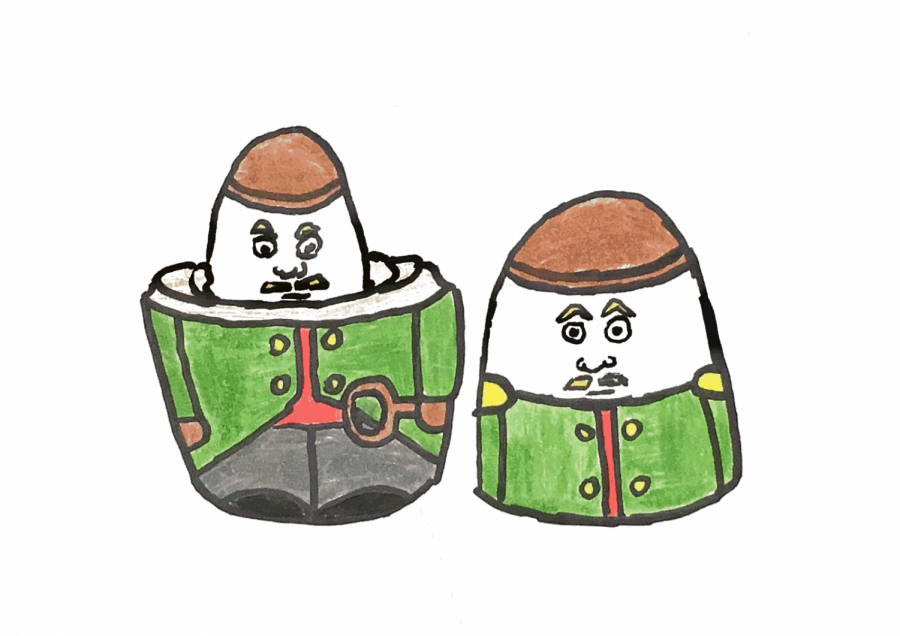 The Government Inspector, a russian political satire, is this year's fall play.

Amid a divisive political climate in the United States, Director Brad Lyons’ fall play choice, “The Government Inspector,” was made without political messages in mind.

“I did not pick it because it’s political. I picked it because it is super funny,” said Lyons, “It is very very funny.”

The play, which is considered a classic by Lyons, Dr. Powers, and most of the theatre world, describes the mayor of a corrupt town in Russia in 1836 who learns of a secret government inspector sent to report on their corruption. At the same time, a stranger appears in town, and right away, the town suspects him to be the government inspector. The town, and all of its crooked politicians attempt to bribe the stranger so that he sends a positive report to the Tsar in Moscow.

Despite the critical messages that the author of the play, Nikolai Gogol, was  making on his society, Lyons said the play is “very physically comedic [like the] Three Stooges [or] Saturday Night Live sketch type comedy.”

Because of Russia’s prominence in the news currently, some students, including Auggie Droegemueller ‘18, who will be playing the lead role, are convinced that the play is a shot at America’s political leaders.

“The play is about someone who is completely unfit to be a really esteemed member of the federal government, much like Donald Trump,” said Droegemueller.

While Lyons insisted the play was not making explicit connections to any members of government, he is aware of the way students are perceiving his choice.

“On the board out there it just says that the play is about corrupt government and this and that, it doesn’t mention any names,” said Lyons. “It is 1836 Russia, and someone wrote on it, ‘He is still your president.’ And I’m like, ‘who is he? I am not talking about anybody.’”

Nicole Rudakova ‘18, who plays the role of Maria, the mayor’s daughter, similarly believes the intentions of Lyons in choosing the fall play were political.

“I think he chose this play because it is very relevant to now even though it takes place in 1836 Russia,” said Rudakova.

While Rudakova and Droegemueller who both have major parts in the show, expect current political controversy to be on the forefront of students’ understanding of the play, Lyons insists that the play was chosen first and foremost because of it’s humor.

“I just want to reiterate: I picked it because it’s funny,” said Lyons. “It’s also topical, but the most important thing is that people are going to come, and they are going to laugh their butts off. Politics be what it is.”

Lyons understands the implications that his play choice has, but is insistent on keeping his personal views out of the picture. He does not want to stir up political controversy, but instead wants to put on a performance that everyone can enjoy.

“If we can have a nice conversation about politics in classrooms, and stuff, that’s great,” said Lyons. “But I’m not going to say that I’m beating my beliefs over the heads of other people.”