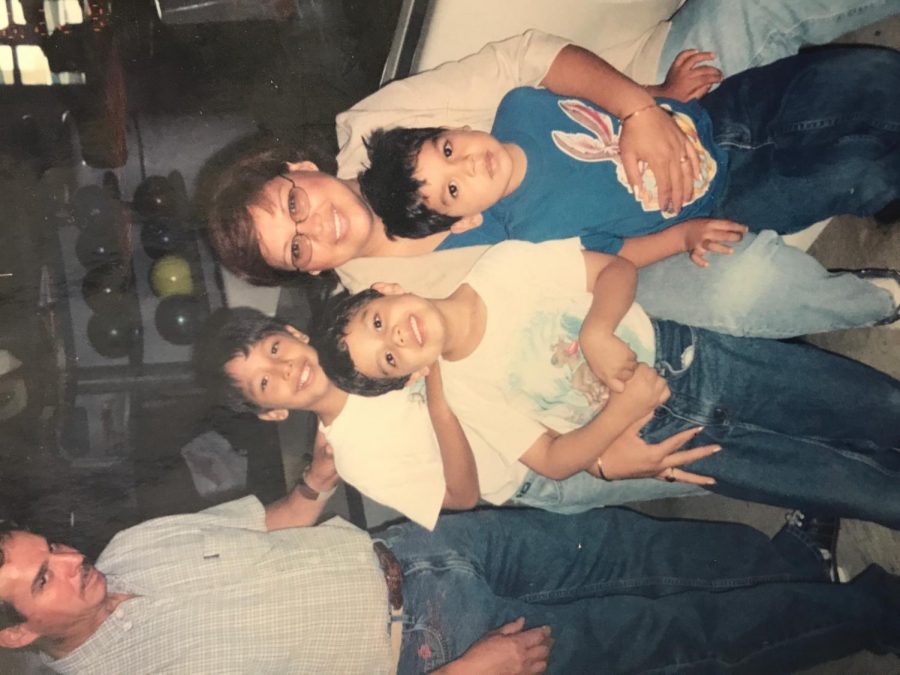 It may sound corny and cliche, but family is all about love, unity, and going through the same experiences together. Sadly, that is not always the case. Many families migrate to the United States, where they have “anchor” babies who are given citizenship despite the undocumented status of the rest of their family. According to the Pew Research Center, in the late 1990’s and early 2000’s there were approximately 300,000 anchor babies born annually. I am one of these babies.

As a young child, my parents did not tell me about our situation in the hopes of protecting me. However, as time went on my intellectual capacity and curiosity grew. I began to wonder why my parents often talked about the true beauty of Mexico, all the wonderful people, all the relatives, yet we never took time to go back and visit. When I finally asked my parents if we could take a trip to Mexico, my eyes were painfully opened. In the most simple terms, they explained that they could not leave the country until their legal situations were fixed. Innocently, I said “I understand,” without the slightest idea of the struggles to come. Still only a kid, my parents left me with some hope to hang onto. They told me that I shouldn’t go to Mexico alone, so that it can be more special for us to travel for the first time as an entire family. Ever since then, it has been nine years of waiting for that “special” day.

Growing up with two older brothers, I have always had someone to look up to. I admire them for their hard work in school and for always keeping high expectations for the future. They were both admitted into two very competitive selective enrollment high schools and I was excited to see where they would go for college. However, when college applications came around, I began to wonder if they would be allowed to attend considering their undocumented status. And if they were allowed, I wondered if they would even be able to afford it, since they were ineligible for financial aid and many scholarships. To my family’s relief, they were both fortunate enough to be accepted and protected under the Deferred Action for Childhood Arrivals (DACA) program. DACA, which was issued by President Barack Obama in 2012, allows students who have had long term U.S residency and have not been charged of a felony to remain in the United States for school and/or employment. I am in full agreement that no person should be held accountable or punished for entering a country that they do not even remember coming to.

Most families immigrate to the United States in pursuit of a brighter future, often fleeing their native countries due to low employment rates, violent cities, and a lower level of education. Young immigrant students do not ask for a “free pass” or for a free education, all they ask for is an opportunity. Students do not need or ask for much from the government, they simply want to be able to see light at the end of the tunnel. In return, they can get up every morning driven and optimistic to one day reach success. Under DACA, my family, along with thousands of other families across the nation, have been able to relax a bit, and not have to live in constant fear of deportation. That is, until our current administration, under President Donald Trump, who has threatened the complete termination of DACA.

One day, I walked into my house and was instantly confused. I saw my mom and dad together watching the news, but my mom’s eyes were filled with tears, and my father was alongside her for comfort. The fear was evident in their eyes, and I did not know how to respond. Throughout my entire life, I had seen my family acting with extreme precaution, until they finally had legal protection from DACA. DACA completely changed our way of life, and although my brothers and all DACA recipients are under close watch from the government, and do not have all the rights of an American citizen, it was still a large step in the right direction. And now we feel as if we are back to where we started.

Being part of an immigrant family, you always feel targeted. You never feel as if your country fully accepts you, and are always running the risk of a new government administration taking away your legal protection. It is crucial for us as a country to realize that young immigrant students are more American then they are anything else. Yes, they might not have been born here, but the United States and the way of life they live here is all they know. Citizen or Dreamer, we all pledge allegiance to the same red, white, and blue, and we all hope for a better future, one that we can all enjoy together.