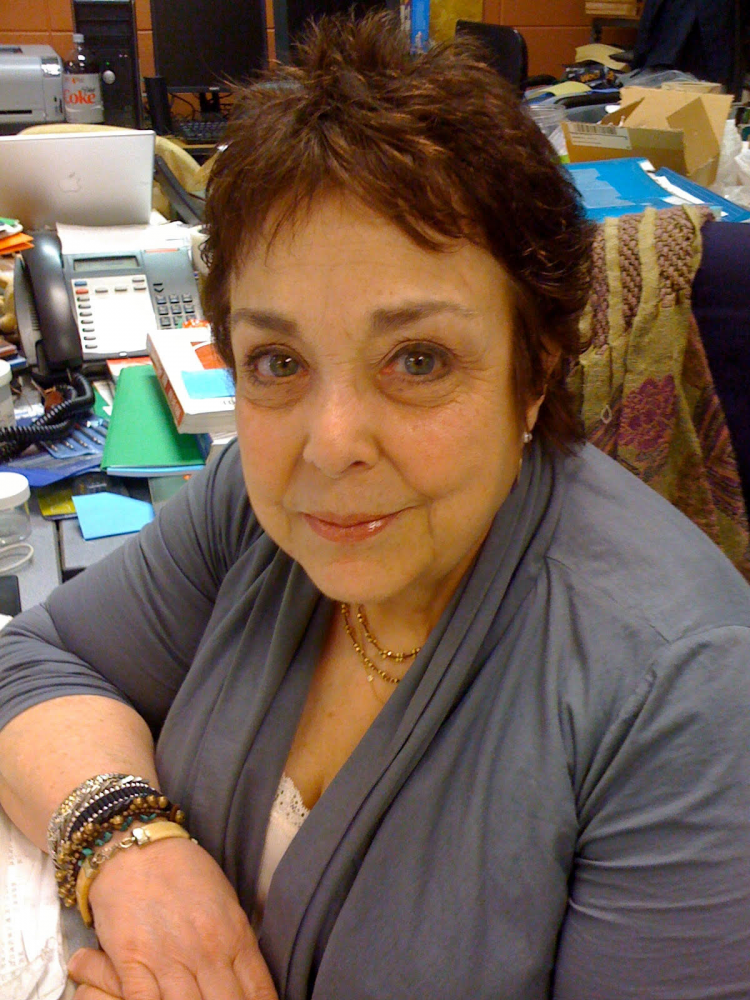 One of the original teachers of Jones College Prep, Karen Stolzenberg died September 19, 2017. Passing away peacefully at the age of 69, she is survived by her children, Jonathan and Sarah, her Great Dane, Iggy, and a host of other family members.

She was born in Chicago and raised in Wilmette, Illinois. She attended Alfred University in New York, and later attended the Art Institute of Chicago, from which she received a teaching certificate, and a degree in metalsmithing

Following this, she worked towards advancing her qualifications as a teacher, and earned her National Board Certification in 2005. Stolzenberg remained active with the organization, helping train new teachers, up until as recently as this summer.

Stolzenberg began teaching at Jones once it became a college prepatory school, in 1998. During her tenure at Jones, Stolzenberg touched the lives of students through art. She wanted people to appreciate art for its worth, and strived to instill a love for art in her students.

“My skills as an artist, as a ceramacist, improved greatly because she was a very qualified teacher,” said Zoe Treadwell ‘19. “My favorite  memory about Ms. Stolzenberg, was [that] after the final, she complimented me on my final project, and told me that I had improved in my technique over the year.”

Her time at Jones can be characterized by her strong devotion to art, and an equal amount of devotion towards helping students succeed. She would often fight through bouts of rheumatoid arthritis, in order to make sure that she met all of her student’s needs. Students describe her as being a comprehensive teacher, who helped them tailor their art skills.

“[I liked] her lectures and how detailed she was when she talked about different artists’ artwork,” said Alyssa Streeter ‘18. “She allowed me to be more creative, and express myself more.”

She allowed for students to use art as an outlet to express their creativity, frustrations, and ideas to their audience.The art teacher also created a sense of community among her fellow co workers. She often reached out and made people feel like she especially cared about them.

Assistant Principal Therese Plunkett remembers the first time she interacted with Stolzenberg, when she was transitioning to her new job as an administrator at Jones.

“Ms. Stolzenberg was one of the first teachers to come into the office and she let me know that she understood how difficult it was to transition to a different school,” Plunkett said. “She made me feel welcome instantly.”

Throughout her time at Jones, Stolzenberg grew especially close to fellow art teacher, Laura Boban. On account of their spending time outside of work together, collaborating in art shows, or helping Jones students, the pair grew a positive working relationship.

“When I started at Jones, Ms. Stolzenberg was a mentor to me, I went to her with every question I had,” Boban said. “She was very receptive and generous with helping me. I mean, I really went to her everyday with questions.”

Stolzenberg had many passions, and was eager to pursue them throughout her retirement. She was described as an excellent baker, and planned to refine her baking skills. Also in her retirement, she hoped to spend more time with her family.

In lieu of flowers, the family is asking for donations to Chicago Canine Rescue.