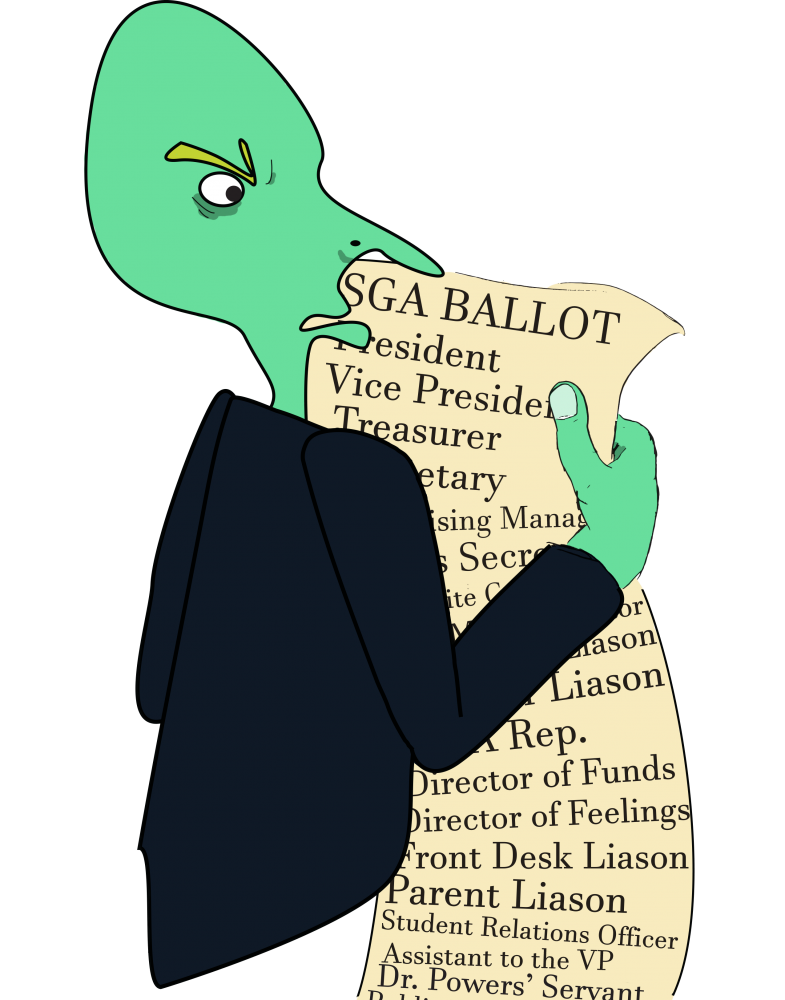 Victory isn’t far out of reach when there are 14 class officer positions for which one can run. Many years, there have even been quite a few positions on the ballot that had candidates running unopposed. It is far too easy for students to get elected without a clear cut agenda or platform. The large number of SGA positions allow us to lose sight of what an election means. Downsizing to a smaller number of positions would discourage those who aren’t truly invested to run, resulting in candidates taking the elections more seriously and working harder to get their messages out.

The multitude of SGA positions vary from the expected, such as class president or treasurer, to the obscure and ambiguous, such as administrative liaison. The responsibilities for positions such as secretary or president are straightforward and necessary, but what about the many others? The roles of the lower positions are murky and unclear – where does the authority of a treasurer and fundraiser manager diverge? What does a press secretary do that the social media director wouldn’t? What is the purpose of a website coordinator? The large number of positions means that responsibilities are often redundant and unnecessary. And when these are the people making the most important decisions for our grade, it would be practical to pare down the number of people in SGA because too many officers means that things slip through the cracks and decision making is watered down. A smaller SGA would translate to

If nothing else, the perennially low attendance at voting time, and at SGA class meetings, should be an obvious indicator that something needs to change. Our notoriously politically-minded student body fails to participate in our own elections, and if they do, they most likely aren’t voting for perhaps the best candidates for that office, but simply voting for their pals.Because when you are handed a ballot with a zillion names on it, of course you’d vote for your buddies and not focus on the qualifications or agenda of those running. Who has time to get to know the candidates when it seems like half our class is running? By decreasing the number of positions, people will be required to take a closer look at SGA candidates and understand who and what they’re voting for.