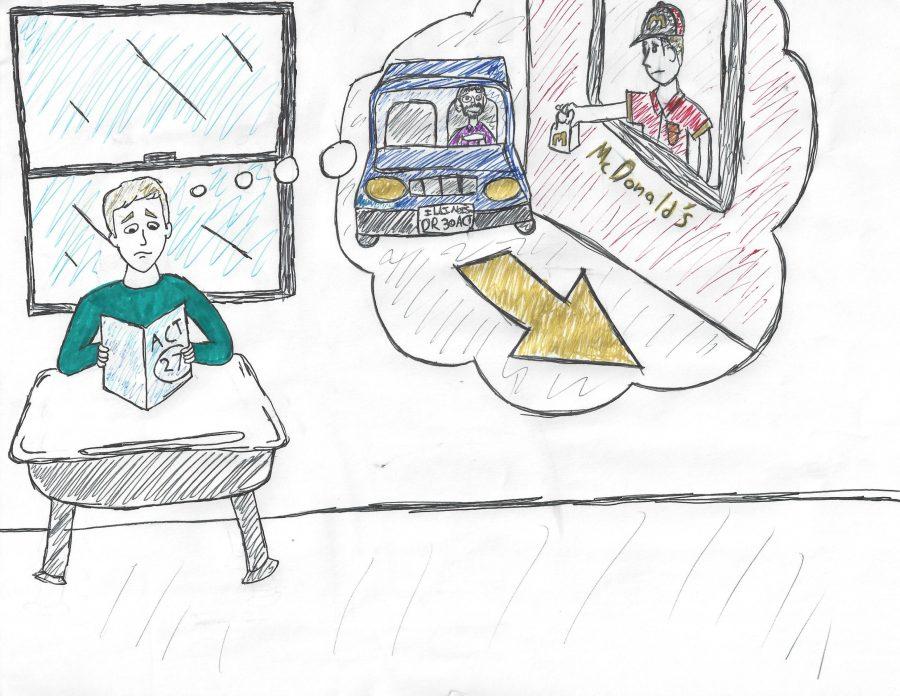 Spring is coming and with it comes the dread of every high schooler’s life: taking the ACT. The untouched test prep books have to be reviewed and those number 2 pencils have to be sharpened. However, as horrifying as the day of the test can be, Jones students have another day to fear: the day all their friends (and enemies and family and everyone they’ve ever met) ask them what their score is.

The day the scores are released, they become the only topic of conversation. Suddenly, the top students in Illinois are ranked against each other. The student body is unable to talk about anything else but the number that they got for days. For most Jones students, it’s a high number; the school’s average of 27 is 6 points than the national average of 21 and 9 points from the CPS average of 18.

Despite this high level of achievement, Jones students experience a culture where a 27 isn’t high enough. At Jones, any score below a 30 is met with a sympathetic “you can bring it up,” a phrase that quickly denounces your score as unworthy of being anything but a first attempt. We’ve managed to create our own standard of what we think is an acceptable ACT score, and it’s ridiculous.

We can’t only compare ourselves to those at our school. Most students here are under the misconception that a 27 is an average score. That’s why at Jones a score of 27 is met with the unenthusiastic response: “congratulations, you’re average.” Let’s look outside our own bubble every now and then and see that Jones students are naturally good test takers. It would make sense for us to have higher scores, but that doesn’t mean we should forget it is still an accomplishment. When we do, we insult others, but most of all we insult ourselves by demonstrating our selfishness and ignorance of anything but ourselves.

Around the test releases we seem to demonstrate a lot of ignorance. There is always someone who is talking loudly about how “bad” their scores are, which hurts anyone around them who might have got a lower score.

The ACT is nothing but a test and the score is nothing but a number. Anyone who takes it seriously enough to shame others for their score needs to learn a lesson in what it means to be worth something other than a grade or a number. Maybe it will get you into those ivy covered walls and you will finally find your self-esteem.

While most students don’t try to make others feel badly about their results, there are some who use their high score to boost their ego. There have even been stories of students posting their scores on social media such as Instagram. This is completely inappropriate when there are obviously people who didn’t get as high of a score. Its great you got a score you’re happy with. Go you! But there is a fine line between being proud of yourself and bragging. Be satisfied by your own achievement; you shouldn’t need validation from anyone else.

Don’t talk about how “bad” your scores are because there’s going to be someone who go xc t lower than you and when they say something, have fun trying to get that foot out of your mouth.

Not everyone is as good at filling in those bubbles as we are but that shouldn’t lead to unnecessary stress and unrealistic expectations.