Diversity on the Runway?

Aspiring models wonder what diversity really means on the runway. 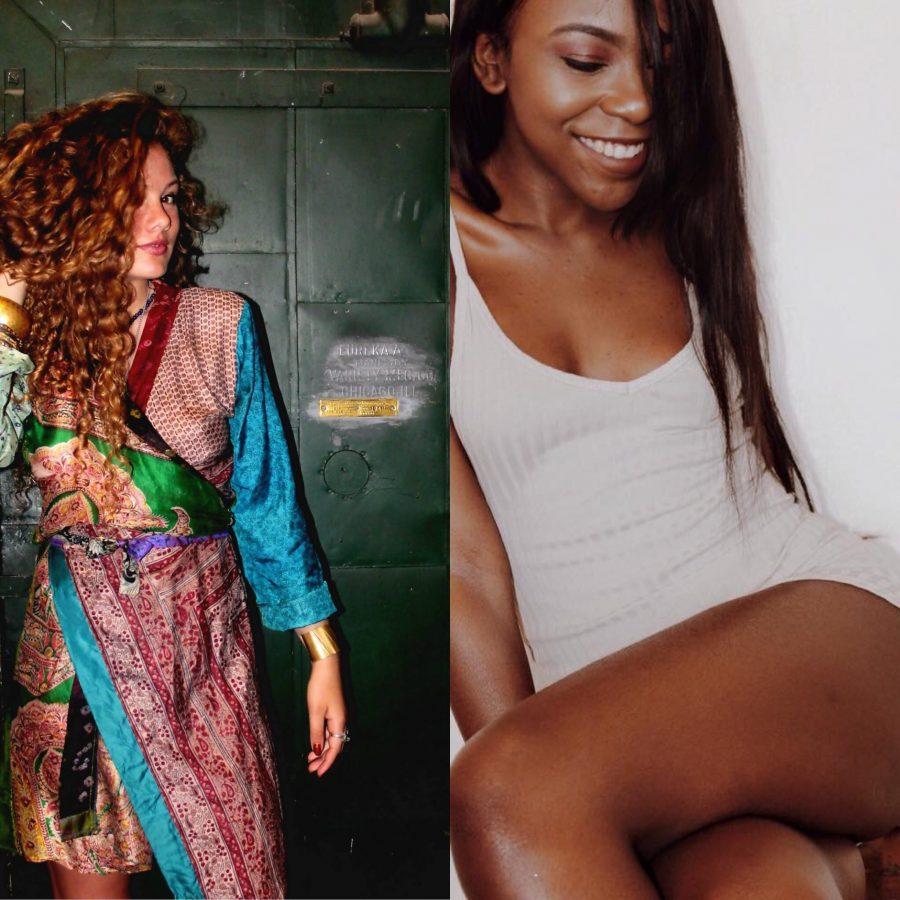 Olive Jenkins '18 (left) and Najah Shabazz (right) illustrate the growing tensions within the field of modelling.

Bruises build up from a walk in her heels. Nude pumps create cuts in her image. When her skin is not as ivory as her dress, she faces a lack of representation.

“Women of other races should be represented more,” said current model, Olive Jenkins ‘18, “it shouldn’t be like ‘let’s throw a black girl in there and now we’re diverse.’”

Women of color are left out of the magazines and runways, and in the dumps when seventy-nine percent of models were white in 2014’s New York  Fashion Week.

“There is just way too much of a gap when it comes to the amount of white models compared to women of color,” said Jenkins.

Although the modeling industry is increasing in racial diversity, at NY’s Fashion Week only two percent of models were Latina, nearly eight percent were Asian, and nearly ten percent were black. Najah Shabazz, Jenkins’ close friend in the modeling industry, notices more color on the runway but some magazines use black features on white women to demonstrate variety; however, she thinks it is offensive and should be appreciated on a black woman.

“My race (black) is just now being slightly represented in the modeling world because for one people are fed up.” said Shabazz, “ We need more diversity and people are obsessed with our looks now because it’s cool to have full lips and kinky hair. It isn’t the same on a white person.”

Ethnic features are represented more in the media now than ever before, but Shabazz believes there is still an inequality.

“At the end of the day there’s not much diversity in the modeling world when it comes to race, size, and height,” said Shabazz.

Trivial things discourage women of color from pursuing the runway.

“It’s little to big, like make up lines, majority of the time, don’t use darker girls or even have makeup for darker skin tones,” said Sydney Jackson ‘17. The modelling industry can want diversity but still push it away, according to Jackson.

“A lot of the desire for black women to be on the runway is coming from social movements, like Black Lives Matter, “ said Jackson, “without them I don’t know if there would be as much recognition for women of color.”

The presence of colored women in magazines and media shows diversity, but Jackson also believes it is important to empower colored women who are particularly put down. She states that all shades are beautiful, but the media and modeling industries need to shed a light on the beauty of darker toned women particularly.

“Lupita Nyong’o is one of the black female models that inspire me because she shows confidence and empowers women of a darker skin tone that many ignore,” said Jackson. She believes it is important to have a variety of color in magazines and runways to uplift women of all skin tones.

“Any woman of color shouldn’t be discouraged from modeling because of a deeper skin tone,” said Cyaira Plase ‘18, a friend of Jackson who takes an interest in modeling.

“Some people can become too insecure to be a model because of their skin tone, but we have to see that companies and models are becoming more diverse because women of color empower each other.” said Plase. Plase believes that when people of color see people like them becoming more confident and active in society through movements and media, they bring awareness to issues like lacking a wide color spectrum in magazines and runway.

“This is the era of empowerment for the people of color,” said Plase.

Jenkins, Shabazz, Jackson, and Plase all agree that women of color are fed up and ready to fight back to be in their heels and on the runway, this time without bruises.