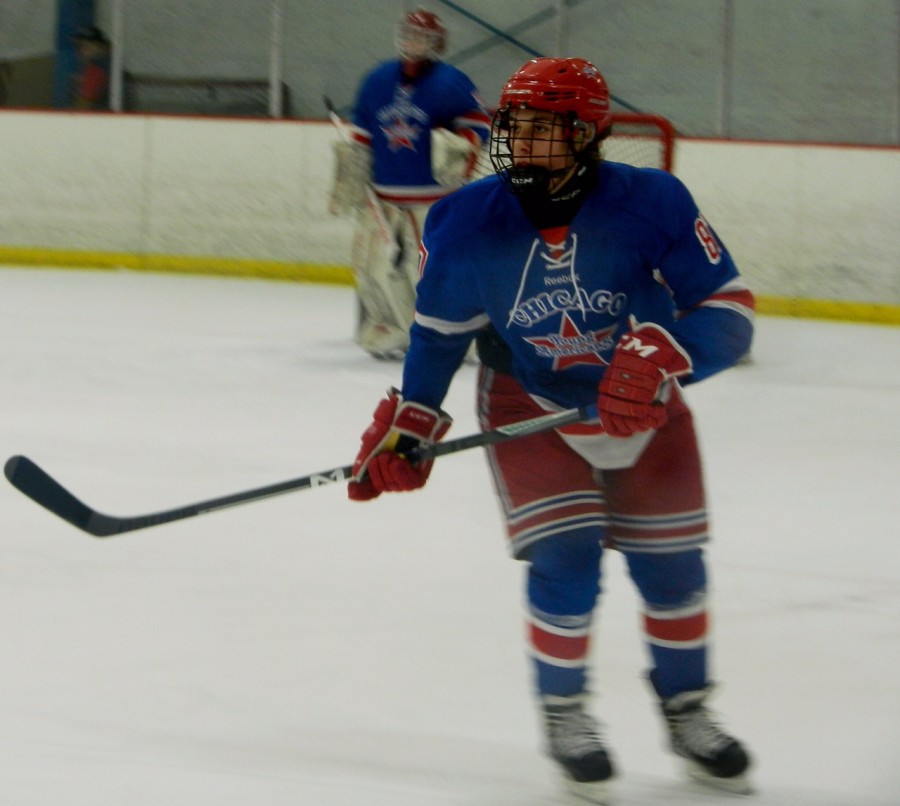 GOALS Sydney Sorkin '17 who has played hockey for six years thinks her personality fits in well with the Harvard team. Photo courtesy of Sydney Sorkin

Learning to skate at age five, Sydney Sorkin’s hockey career has skyrocketed from there; she has won several state championships as well as a national championship, and she has verbally committed to Harvard University.

“I started playing hockey because my dad was playing before me, [and] I guess he just put me on skates and threw me out there. He just wanted to pass [hockey] on,” said Sorkin.

“ She’s a very skilled defenseman and she can play really well with offense. She’s a team player, she always passes, and generally she makes everyone better,” said Sorkin’s Latin teammate Audrey McMahon ‘18.

Sorkin practices for an hour and a half two to three times a week with games or more practice on weekends.

“She has had to miss school constantly for out-of-town tournaments, and [she] devotes lots of time after school for games and practices,” said Ryan Sorkin ‘19, Sydney’s younger brother who also plays hockey.

“Syd’s been amazing to work with both on and off the ice. There can be a lot of distractions within a hockey team, but Syd has not let herself get caught up in anything outside of this team’s quest for a trip to the National Championship,” said Sorkin’s CYA coach John Cimba.

For Sorkin, the recruitment process started early, about one year ago.

“Colleges will come watch at big tournaments, but other ways to get colleges to notice you specifically is to email them. Before we went to the national championship last year, I emailed a bunch of colleges to come watch my games. So from there, if you are not a junior, they can’t contact you so they had to go through my coach to set up a phone call. I had a bunch of phone calls with colleges, and eventually we set up visits,” said Sorkin.

Sorkin visited Brown, Dartmouth, Princeton, and Harvard. This past summer she verbally committed to Harvard, which is Division 1 for women’s hockey and a member of the Eastern College Athletic Conference.

“I loved the school when I visited and I really liked the coaches and the girls that I met that are on the team currently, and I guess you don’t say no to Harvard,” said Sorkin.