Mahon of the Hour

Graduating seniors are not the only ones starting at a new school this fall. 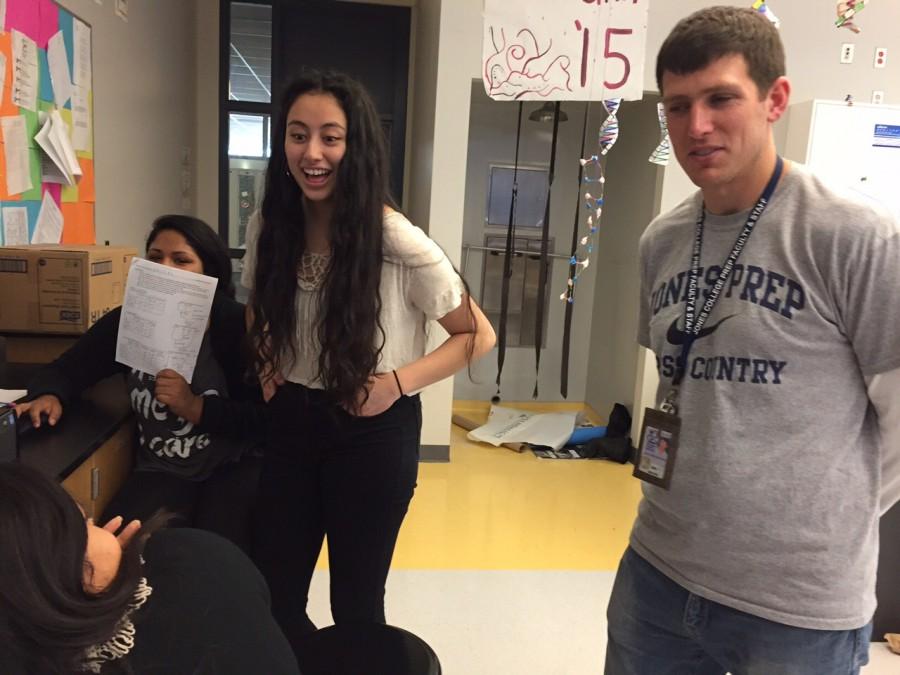 After a six-year career teaching biology, Ben Mahon is taking the next evolutionary step in his life: law school. This fall, Mahon will be taking classes at IIT’s Chicago-Kent College of Law.

“I just felt like [this direction] is something that is more of a calling for me,” Mahon said.

This change is not as abrupt as some students might think. Mahon has long had an interest in law surrounding patents and biotechnology, and he began applying to law schools in the fall.

“I wasn’t sure if I was going to leave if I got into a law school, but I got an offer that I thought was too good to pass up,” he said.

“Philosophically, I think I disagree with the way I feel education is heading, away from student responsibility and more on babying of students,” Mahon said.

This is not the first manifestation of his desire to push for more academic rigor and excellence. Mahon helped implement the standards-based grading system for the biology-based science classes. It has not been met with much enthusiasm by students, but he believes it is for the better. “I think the more rigorous grading is good for students, even if it isn’t pleasant in the immediate. Students get to hear more honesty about where they are academically, and it will prepare them better for college.”

Mahon is no stranger to academic rigor. He received education from Northwestern University and Cornell University, two of the nation’s most prestigious institutions.

Although it may take time for students to appreciate standards-based grading, Mahon has already been well received by the Jones community. Students fondly remember him and will miss him.

“He’s a great teacher. I had him for bio last year and he was always very serious about learning. It motivated me a lot,” said Taylor Pilarczyk ’15.

“He’s a stoic kind of guy, but he’s really funny if you get to know him,” said AP Biology student Carly Loosevelt ’15. “I’m really glad I had him this year.”

After Mahon announced to one of his AP Biology classes he was leaving, Ellice McDonald ’15 chased him around the class to “try to give him a hug.” He reacted with playful self defense by holding a chair.

This “fun relationship” Mahon has with his pupils is one of the many reasons his students will miss him.

Mahon also maintains a strong relationship with the JCPXC. “He’s very caring and meticulous with the athletes. I was All-State this past spring, and he helped me get there.” Mahon will still coach the cross country team while earning his law degree.

“I still plan on running. I enjoy coaching, so as long as I can keep it up, I will,” Mahon said.

Mahon will be missed by students, athletes and colleagues alike. “When I found out he was leaving, my reaction was like ‘What?! Now I have to hire more people. What a jerk,’” biology teacher Eve Reineke joked. “But really I’m losing a third of my team. He’s one of the people I’ve worked with for six years. Of course I’ll miss him.”