In the midst of all the standardized and AP testing, along came another 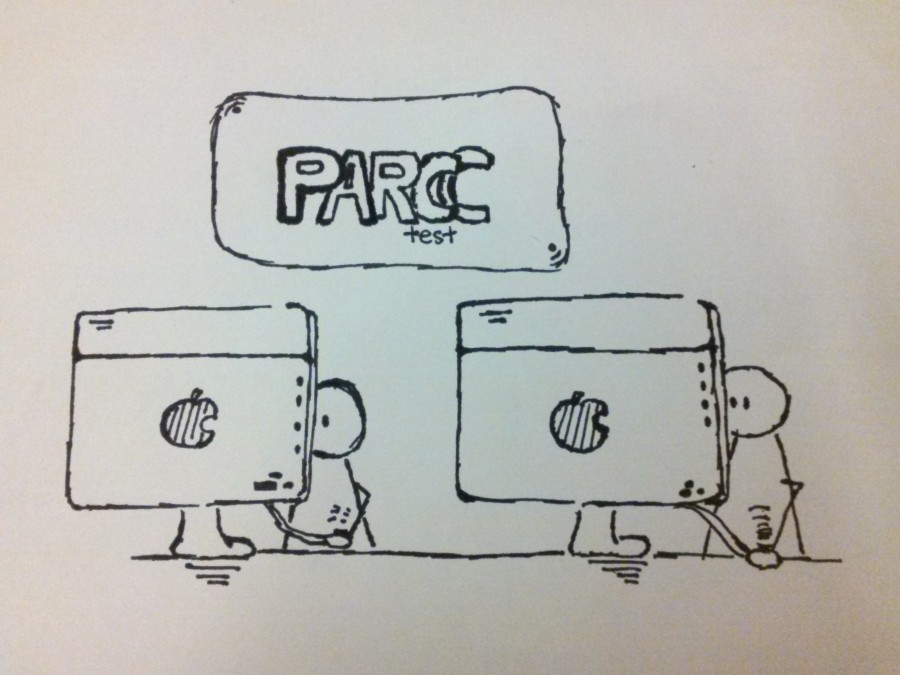 Teachers and students are now finally finished with a last minute game changer that CPS had attempted to opt out and avoid all year: The Partnership for Assessment of Readiness for College and Careers (PARCC) exam, a new computerized exam that was meant to measure student growth.

From its own website, the goal of this assessment “is a group of states working together to develop a set of assessments that measure whether students are on track to be successful in college and their careers.” While CPS attempted to delay the test until next year, the Illinois State Board of Education rejected the proposal, and warned that possibly a billion dollars would have been taken away from funding if the test was not distributed district-wide.

Now as an option that cannot be avoided, the test was given to Jones students taking Math I and English I, who were primarily freshmen. Students in the Individualized Education System or IES also had to take the exam, an idea that IES teacher Jason Mui accepts as it is a national standardized test. Students were also given the option to opt out.

The test consisted of two sections, math and English, and were given at separate times throughout several weeks starting in March. The math section had 22 questions spread across two units with the first unit allowing calculators and the second non-calculator. The English test or ELA was 3 units long consisting of a literary analysis, a research simulation, and narrative writing. At the end of the ELA, a prompt was given for students to type out story. Each section was timed separately.

As the test required teachers for test proctoring and large part of a freshmen’s school day, one of the largest issues that were faced was the blow at instructional time. English teacher Brady Gunnink reflected how he lost a total of three class periods which includes his AP Language and Survey Language classes. Math teacher Kimberly Bowman noted how the PARCC had left her Math I classes “half-in-half” after it took students to take the English portion of the exam, and students had to make up her own tests during ac lab . Because it is not going to the evaluation of the school or the teachers this year, she sees the test as having “very little value” at all.

“It (was) mostly a frustration for me. Students are taking a test just to take a test,” Bowman said.

Initially, the amount of computer and technological problems were also evident. English teacher Amy Fritsch noted how in the first few days of the exam, proctors would begin from nine to ten o’clock rather than the normal 8:15 in order to accommodate technological errors. Blaming it on poor coding of the test which caused system overload, she noted how she “personally interacted with 5 to 8 students” who were “shunted” around the school in order to to find working computers. One student had to try three different locations before they found a one.

“The PARCC was an exam schools and teachers and students were not yet prepared to take, nor was it really prepared for students to take it and schools to give it,” Gunnink said, who had eight computers malfunctioning in his proctor room.

Despite all this, fewer problems were had with the content of the exam. Math teach Sara Seitz noted how similarly aligned the content of the questions were to the Integrated Math Program or IMP that the math department uses. Fritsch-Some teachers are fine with the national standards set by Common Core “an improvement on other standards.”

“Rather than a purely multiple choice exam, this exam also has a writing component that is computer based, and thus results can get back to schools quicker.”

As a student growth test, the PARCC will be given again as an end-of-the-year (EOY) assessment during May. It is undecided whether or not upperclassmen may have to this exam as new test content for the upper level courses are being made.