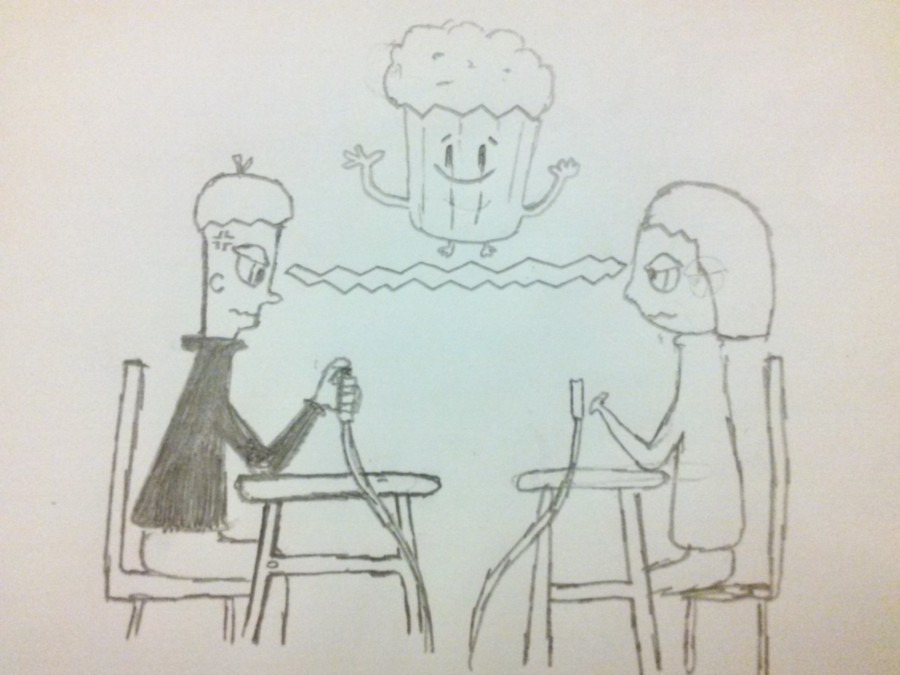 Quiz Bowl is a like a live version of Trivia Crack, where teams of five from various suburban and city schools go head to head to test their knowledge on topics like English, Geography, Physics, etc. 20 toss-up questions worth ten points each are asked in a single match. If a team gets a toss-up, they can get a bonus question worth 30 points.

For the first year having the team, club sponsor and science teacher Heidi Park doesn’t see the other five losses in their turnabout tournament as much of a lost at all. The team itself only had 3-4 people, compared to the many 5-10 people teams competing. Despite this, members have proved themselves, and were able to beat all city high schools like St. Rita and Whitney Young Magnet High School in their first tournament last October.

“The way that I see it is that this is a building year, because out of our whole team Zoe (Simon) is the only one who has played before…there were a couple kids who came out earlier in the year who have played before, but they’re not currently coming…[still] I think we have a pretty core membership, and we can build from there. ”

Similarly, Simon is impressed with the team turnout so far.

“I wasn’t expecting much since it was our first [few] times out, but we actually did a lot better than what I expected. We were a well-rounded team. We just take different classes in Jones, and we wield it together.”

Newcomer Elizabeth Henkins ’16 understands that “we have pretty hardcore trivia,” and it might deter people from trying out for the team, but it is still worth it.

“After a long school day answering questions about subjects you don’t care about, it’s nice to go there and answer fun questions of stuff you’re actually interested in…when you answer a particularly difficult question, there’s nothing quite like it.”

Quiz Bowl meets every Wednesday in Park’s room in the old building at 602. Typical sessions involve answering trivia questions through a buzzer system.