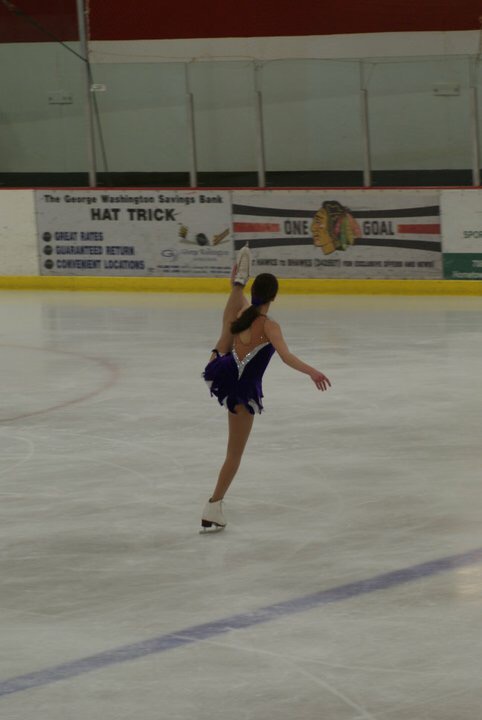 When she was five, Brittany Lieber ‘15 saw her brother playing ice hockey and knew that she wanted to learn how to ice skate.  Although ice hockey can also be played by women, Lieber wanted to be graceful and felt figure skating was the way to get a girl on the ice. Since then she started taking lessons and with time she started to improve.

Last year, Lieber left her figure skating team, the Icettes, because it affected her schedule too much. Lieber said she misses competing and skating as a team, but it is very expensive and takes a lot of time commitment that she doesn’t have. Lieber recalls practicing 5 days a week last year sometimes early in the morning before class started. She once bruised her tailbone, a common injury in figure skating that took about a week to heal.

Like Lieber, Simone Lazuk ‘16 started skating when she was very young. At the age of 3 her mother did not want Lazuk to be left out when her friends went to a skating party and therefore enrolled her in lessons. For Lazuk it was love at first sight, the sport came with painful injuries, but she thought it was worthwhile. Lazuk has broken her elbow while skating, she has sprained both wrists and ankles multiple times. However it is to be expected when, as Lazuk said, “You’re flying around with 10-inch blades on your feet”

Figure skating lessons are expensive. Cost was one of the reasons Lieber left the sport, she said “It was very exorbitant, not only in price but it also cost me a lot of my time”. According to Ice Mom, a blog for parents of figure skaters, the average spent on lessons per week is $100. If you do the math, and count all 52 weeks of the year you end up with a total cost of $5,200 per year. For some parents it was even more than $10,000 and for parents of  high school students who will be having college debts very soon, this is very pricey.

For Lieber this changed things along with the fact that her schedule was becoming more hectic and she had no time to do things other than her sports and school. “Eventually,” she said “It just became too much”.

Lieber has very fond memories from being a part of the Icettes and has won many times as an individual and as a team. However one of her favorite memories was when she won first place at a team competition on the highest level during her first year making the team. One of the things she misses the most is the feeling of freedom. She said, “It felt like I could do a lot on the ice that I couldn’t do on ground. It felt great to just glide fast on the ice.”

Lieber still ice skates on her free time, but no longer competes on a professional level. Lasuk also doesn’t do many competitions nowadays, but she still practices year round at McFetridge Sports Center.