In wake of national Ferguson and New York protests, Jones find their own way to remember and seek answers.

As the numbers of rebellions and violated rights increase globally, more people are willing to speak out to show support to the victims or groups of people affected. These groups of supporters devote time to raise awareness to the public to make sure these events do not go unrealized. These supporters include other protesters in other situations, civilians, or people that want to be a part of the change. These people offer each other help and support.

Earlier this year, on July 17 in Staten Island, New York, Eric Garner died when a police held him in what some a choke-hold or a headlock after the police officers approached Garner about selling loose cigarettes. On Dec. 3, the grand jury decided not indict Daniel Pantaleo.

On Sept. 26 in Iguala, Guerrero Mexico, 43 students went missing after they were trying to hold a protest at the Mayor’s wife’s conference. It was later confirmed that the wife ordered the cartel to abduct the students.

On Nov. 24, Daren Wilson was not indicted for shooting an unarmed 18-year old Michael Brown back in August.

Many protests and gathering were held recently to mourn and support Garner, the 43 students, and Brown. These protests were not restricted to the cities that were affected; rather many major cities including Chicago and New York were also involved.

Youths are also starting to take part in the movement for social justice and change. These youths have a large role in the protests; they are getting are constantly getting involved. These youths also include many Jones students.

“Jones students are known to stand in solidarity with any group that faces sorrow in our community,” said Marimar Gutierrez ’15.

On Dec. 12, students apart of Association of Latin American Students and Black Student Union worked together to set a vigil for the victims. 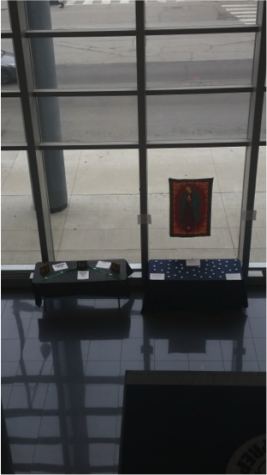 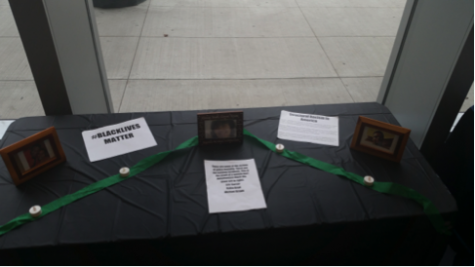 The BSU has pictures of three victims of police brutality. These photographs are Michael Brown, Eric Garner, and Rekia Boyd. “We put pictures of both men and women to show that people of all ages and genders can be victims to police brutality,” said Co-President of BSU, Ni’Shele Jackson ’15. 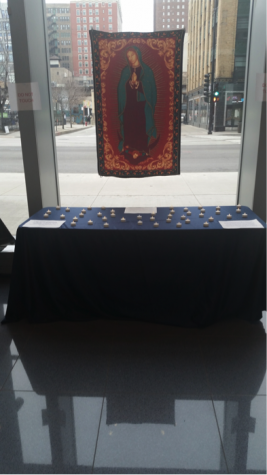 “We had 43 candles to represent the 43 students that were kidnapped in Mexico. It’s hard to realize that 43 students was a lot of students so we wanted a visual representation to show everyone,” said Sonia Hernandez ’15. One of the candles is unlit because it was recently confirmed that he has died.

On Monday, Dec. 15, students of ALAS posted the pictures of the 43 students that were missing in Mexico. 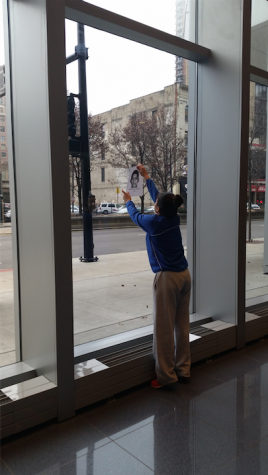 “The 43 pictures of the missing students have their faces so it can feel more real”, said Hernandez. She said by having the pictures on the walls, Jones will start asking questions and help raise awareness. 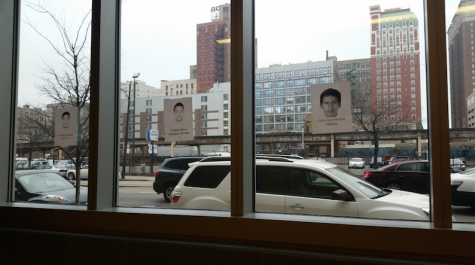 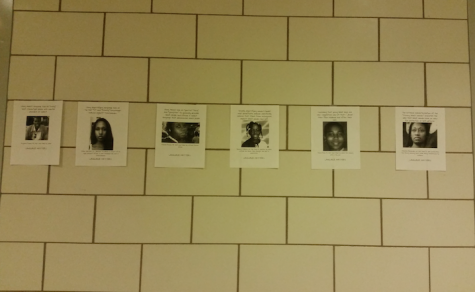 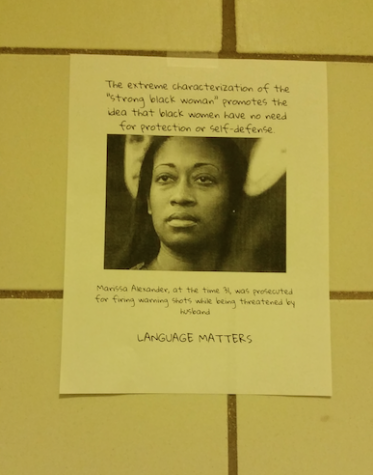 ALAS also continued their remembrance and raising awareness for the 43 missing students. 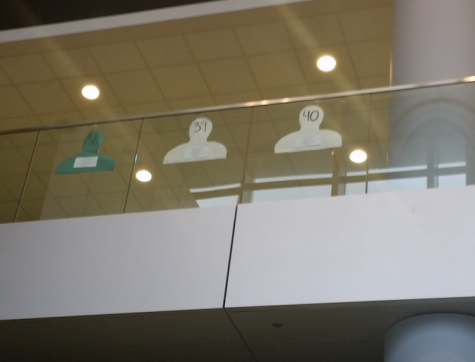 They posted 43 silhouettes around the school that represents the missing students.