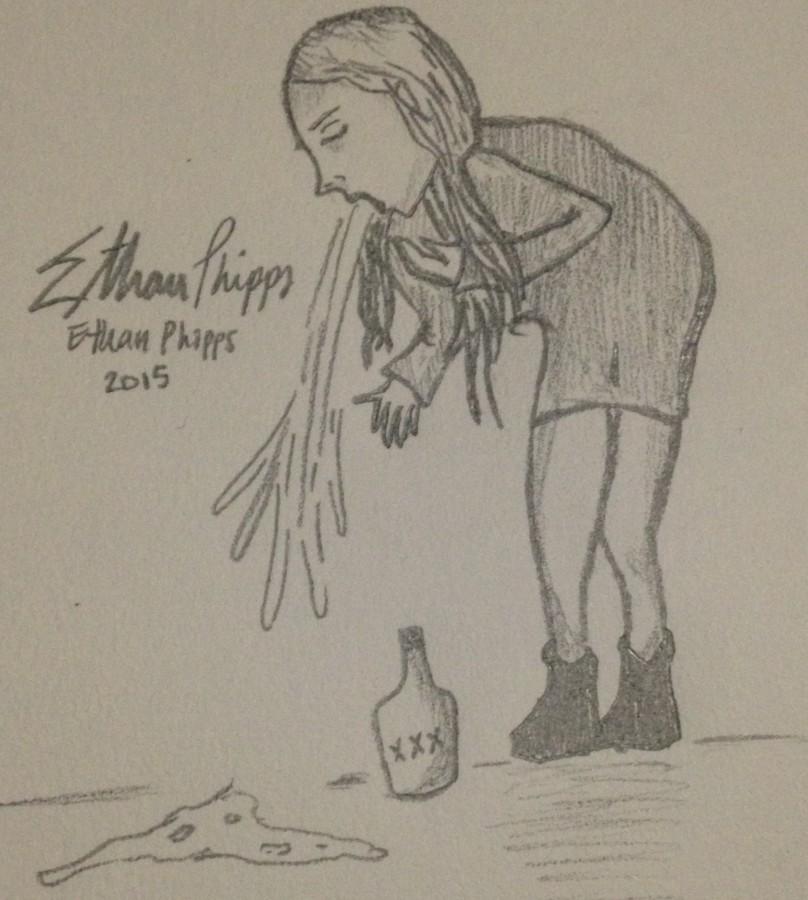 The battle between school administration and teen drinking has been seemingly persistent in recent years. At Jones, there have been numerous alcohol-related suspensions as well as a homecoming dance that resulted in an ambulance being called because of alcohol abuse.

On a larger scale, the 2011 Youth Risk Behavior survey found that among high school students during a 30 day period; 39 percent drank some amount of alcohol, 22 percent binge drank, 8 percent drove after drinking alcohol, and 24 percent rode with a driver who had been drinking.

Administration looks at this abuse as something very serious. Principal P. Joseph Powers said that high school students are “young and undeveloped” and that they experience a stronger effect from alcohol. He also says that this can lead to addiction and can interfere with the development of the adolescent brain.

Powers said that high school students neglect the fact that alcohol can be dangerous when consumed often and in large quantities.

Alcohol is also becoming increasingly easy to purchase. One senior anonymously said, “A lot of my friends have older siblings that buy us alcohol, but I also have friends that have fakes [ID’s].”

“We just want to have fun – alcohol makes things more fun,” an anonymous junior said. “But the teachers just want to get us in trouble.”

However, Powers said that administration “tries to be as fair and non judgmental as possible”.

School administrators aren’t out to get students in trouble according to Powers. In fact, Chicago Public Schools aim to keep students in school, which means avoiding out of school suspensions if possible.

Instead, administrators aim to keep students safe should they be caught under the influence, which is why school staff is so vigilant in eyeing intoxicated students.

Though it may seem unfair to students Powers says that above all else, administrators want to prevent any alcohol related injuries or accidents on school grounds.