Underage and Under the Needle 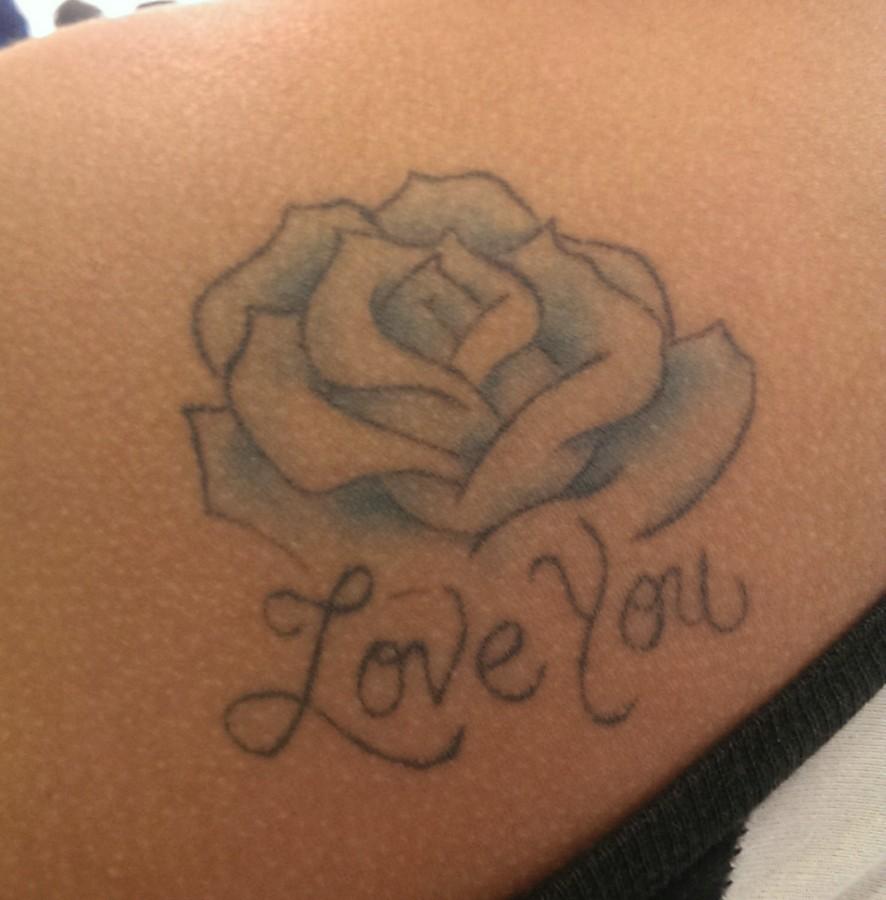 Jennifer Moran's '15 tattoo on her shoulder.

Getting a tattoo is an exciting experience for many that allow them to express themselves while, for others, it is something that they are willing to thoughtfully wait on.  However, according to Illinois state laws, it is a Class A misdemeanor for anyone, other than a person licensed to practice medicine, to tattoo a person under the age of 18 regardless of parental or legal guardian consent.  Although this law is set in place, many customers and tattoo artists are not adhering to them.

Lester got the tattoo at a party that she knew a tattoo artist would be attending.  Even though the tattoo artist did not end up asking for any form identification to check if Lester was 18 or older, she still asked for her parents’ consent.  Although Lester did not get her tattoo from a traditional tattoo parlor, she was not apprehensive about getting it done at a party.  Also, her parents approved as long as she got something respectful and meaningful, but nothing that she would regret.  Lester said that her parents have always encouraged her to feel “free to express” herself.

When Lester went to the party and got her tattoo, the tattoo artists did not ask for any identifications, to check if Lester was of age, nor did the artist present a tattoo license.  Lester also said that she was accompanied by her cousins to the party and that they got tattoos as well.  Although Lester did not obtain any infections from the tattoo she said that, if she ever wants another tattoo, she plans on going to a clean tattoo shop because she does not want to put her body in any type of risk.

In Jennifer Moran’s ‘16 family, a tradition exists in her family in which, Moran said, “when you turn 15, your parents take you to get a tattoo”.  This tradition just recently started with her parents and her aunts and uncles, but she plans on continuing the tradition with her children.  Moran has two tattoos: a dog on her ankle and a blue rose with the words “love you” on her back.  The tattoo on her back is particularly significant because it reminds her to love herself, and the only time she can see the tattoo is when she looks in the mirror.  Along with this, Moran said that a blue flower symbolizes a “love that can’t be attained”.

Moran said that when she went to the tattoo parlor, the artist asked for her parents’ consent and to present a birth certificate.  Even though she was 15, the parlor still gave her a tattoo.  Nevertheless, Moran said that she believed the place was safe and clean.

Interestingly, Moran’s “parents [are] against piercings,” because they are often in visible places, unlike her tattoos.  Because of this, she never even thought about getting any piercings.

“When people see certain tattoos, they think differently of a person,” Jillian Kavalauskas ‘18 said.  However, Kavalauskas said that tattoos are “artsy” and that they can “add onto someone’s character”.

Others know that their parents would not let them get a tattoo so they plan on waiting.   Regina Chan ‘15 said, “I would consider getting a tattoo in college when my mom can’t know.”  Regardless of what she does, Chan says that the sanitation of the parlor is of the utmost importance.

Visual Arts Teacher Laura Boban also has many tattoos, but did not get her first one until she had thoroughly thought about what she wanted and was 18 years old.  Her first tattoo is on her leg and is a jar with butterflies.  She also has a tattoo of a Victorian design with a succulent plant and a tattoo of an unknown saint that she learned about in Spain.  When she was 23 years old, she got another tattoo on her other arm of scenery from Wisconsin Dells which is one of her strong childhood memories.  This tattoo was based off of a photo.

Boban said that these tattoos represent “a timeline of things I’m interested in.”

Along with this, Boban said that most of the feedback she gets regarding her tattoos is positive.  She can recall a moment when a woman approached her at a flea market and admired all of her tattoos.

Despite this, Boban also said that she remembers purposefully covering her tattoos for many interviews including her Jones interview.  Nevertheless, now that she has been at Jones for a while, and considers herself to be “already established,” she is no long apprehensive of showing off her tattoos.

While some people choose to wait until they are 18, like Boban, others are able to find their way around this system and its laws like Lester and Moran.  All the same, many tattoo artists are not adhering to these laws either by giving someone under 18 a tattoo.  So whose fault is it?