Coffee, tea, soft drinks, and energy drinks popular for keeping many Jones students and staff alert throughout the school day 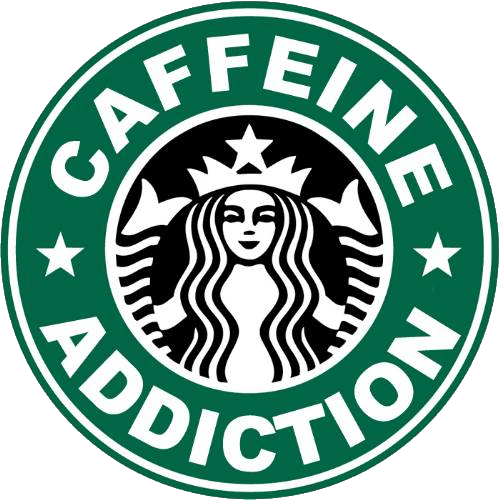 Ever feel lethargic, unable to concentrate, or get a headache when you don’t drink your daily coffee or Coke?  Chances are that you may be addicted to caffeine like many Americans and Jones students and staff alike.

“I’d die if I just took it [Red Bull] in the morning,” Armando Cornejo ‘15 said.  Cornejo consumes at least two Red Bulls in addition to 1-3 cups of coffee and or vitamins containing energy throughout the day.  He said that he feels slower and experiences difficulty focusing when he doesn’t have his regular Red Bulls.

8.4 oz. of Red Bull contains 76-80 mg. of caffeine while a typical 8 oz. cup of coffee contains 95-200 mg. of caffeine.  In addition, sleep experts often recommend abstaining from caffeine at least 8 hours before going to bed.  Nonetheless, when Cornejo drinks a Red Bull ten minutes before going to bed, he does not experience difficulty falling asleep.  Because of this, he considers himself addicted to caffeine.  However, Cornejo also drinks at least five bottles of water a day and believes this helps cleanse his body of caffeine.

Social Science Teacher Meghan McClory drinks about 60 oz. of strictly Diet Coke everyday with one typically before school, one in 1st period, and one around lunch.  12 oz. of Diet Coke contains 23-47 mg. of caffeine.  According to the FDA, 80% of U.S. adults consume caffeine at a daily average of 200 mg. or two 5-ounce cups of coffee or four sodas.  Also, moderate consumption is considered to be between 200-300 mg. of caffeine.  McClory started drinking Coca-Cola in high school when she worked at a movie theater that gave her free, unlimited Coca-Cola.  She said that she did not start having Diet Coke daily until she started teaching regularly.  When McClory doesn’t have her daily Diet Coke, she experiences headaches.

When Sonia Hernandez ‘15 doesn’t have her quotidian coffee, she experiences many withdrawal symptoms including frustration and exhaustion.  She also said that she only thinks about getting her coffee and also that “everything goes wrong” on these days.

However, Hernandez believes that she could stop drinking coffee if she wanted to and does not consider herself addicted to caffeine.  Hernandez’s main incentive for drinking coffee is to have enough energy for things like school and work.  Along with this, New York magazine reported that the body might process caffeine differently based on gender and race; they’ve found that women generally metabolize caffeine faster than men.

Julia Gaworski and Will Moran ‘17 both don’t find caffeine necessary in order to function normally.  Moran said that he gets a caramel macchiato from Starbucks about two times a month simply because it tastes good and makes him happy.  He also said that he doesn’t feels any typical caffeine effects.  Specialty drinks like lattes and mochas (8 oz.) contain 63-175 mg. of caffeine.  Gaworski drinks tea about twice a month and said that, although she feels more alert, she also feels very shaky.

Like Moran, Ashley O’Donnell ‘17 said, “When I’m in a bad mood I get Starbucks.”  O’Donnell said that getting Starbucks drinks make her mornings better but also that she doesn’t feel any boost of energy or other common effects.

Social Science Teacher and sponsor of the Tea Enthusiasts Association (T.E.A.) Jennifer Harned drinks about 32-42 oz. of green tea daily and coffee when she’s extra sleepy.  Drinking green tea for about 20 years now, she feels more focused, calmed, and herself when she consumes the caffeinated drink.  8 oz. of green tea contains 24-45 mg. of caffeine.  However, when Harned drinks coffee, which often contains more caffeine than green tea, she finds herself “buzzing” and talking much faster.  She said that her students always know when she drinks coffee because she sometimes talks too fast for them.  With this, Harned said that drinking coffee can be useful on weekends or when she needs to stay up late.

Harned started out obtaining her caffeine from Coca-Cola when she was between twelve and fourteen years old.  12 oz. of Coca-Cola contains 23-35 mg. of caffeine.  However, she switched to coffee in graduate school.  After graduate school, Harned switched to tea and found this transition easy as she had been drinking teas like chamomile since she was eight years old.

Harned worked at a Starbucks, where she was surrounded by coffee, but still did not drink much of it all.   Nowadays, Harned does a “cleanse once in a while” and said that only the first couple of days are rough.  Overall, she experiences minimal withdrawal symptoms.

Vesa Nevzadi ‘18 started drinking coffee when she was twelve years old and drinks it once every other week.  She said that she drinks coffee in both the morning and afternoon and often feels more alert.  Nevertheless, Nevzadi has never experienced changes in her sleeping pattern even when she drinks coffee late.  According to the American Academy of Sleep Medicine, it takes about 30-60 minutes for caffeine to reach its peak level in the blood.  But increased alertness can begin in as little as 10 minutes.

Drinking coffee at least once a day, Math Teacher Kim Bowman intakes caffeine in the morning, noon, and or afternoon.  She started out drinking both coffee and Mountain Dew in high school and then switched to just Mountain Dew in college.  Now, without her daily cup of coffee, Bowman feels extremely irritable and doesn’t feel herself.  She even said that when she drinks coffee in the afternoon she still sleeps “like a mouse”.  Bowman believes she is “absolutely” addicted to caffeine.  Because of this, she tried quitting and avoided caffeine for six months, but ended up coming back to it.

Hoping to make some extra money, DaWen Mei ‘15 is making coffee runs for teachers by going to 7-Eleven, Starbucks and Dunkin Donuts during 1st and 5th periods.  Mei started the business around the second week of school and has made himself available by allowing teachers to email him their orders.  He charges teachers the coffee’s costs and a one dollar delivery charge.  His average earnings are about five dollars a day.  Mei plans on continuing this business throughout the year as he believes many teachers are “crazy on the coffee.”

Some facts about caffeine:

Heavy consumption is considered to be over 500 mg. of caffeine and this can lead to insomnia, irritability, and fast heartbeat.
Finland consumes the most caffeine with and average per person of 400 mg. and 90% of people intake some form of caffeine.
Things like chocolate and some medications contain caffeine in addition to coffee, sodas, and teas.